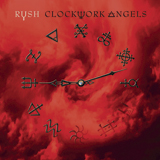 Few good bands last decades — even fewer are still releasing something fresh. Not everyone can be Rush, who has a keen knack for adapting to an ever-shifting musical landscape. Clockwork Angels marks a significant return, being their first concept album since 1978’s Hemispheres, and representing every era of Rush equally, though distilled in a heavier, metal bend worked within a jam context. “BU2B” delivers the first outline of their new approach, full of heavy-as-balls groove riffs and hard-hitting drums. The title track puts them back in prog-rock territory, an epic treat. Rush return to their lauded (or loathed) ’80s sound on the violin and synth bombardment of “The Anarchist,” which pairs nicely with syrupy pop ballad, “Wish Them Well.” For a band seemingly never past its prime, Rush has outdone itself.