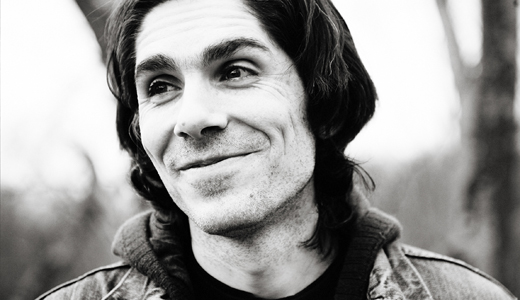 When Jason Noble was born in Louisville 40 years ago, it was a much less interesting city. In his time here, Noble helped put Louisville on the map for many people, including this Florida-raised writer. As a leader of three influential and acclaimed bands over 15 years, he had fans from Tacoma to Tokyo. In his spare time, he wrote movies, comics, zines and essays; made visual art; scored theatrical productions; acted; booked concerts and ran live sound for other bands; and, often, put most of his energy into being a cheerleader for other artists and Louisvillians.

But for as much as Noble accomplished in the arts, the people he encountered on his path remember him even more for his kindness, his generosity, and how he made so many want to be so much better to each other.

When Noble died on Aug. 4, it was devastating, but it didn’t come without warning. In 2009, he was diagnosed with a rare form of cancer called synovial sarcoma, which attacks soft tissue, primarily in the arms, legs and neck. Though Noble led what most would consider a healthy lifestyle, this type of cancer is practically impossible to screen for, and by the time he was diagnosed, it had reached Stage 4.

He wrote about it in Magnet magazine in 2010. “I laugh (a small awkward laugh) because this cancer type usually affects much younger people (and I took it as evidence of my immaturity and kid-like sense of humor). It’s actually not funny at all, but you have to hold on to little things to make you feel empowered, y’know?”

It’s safe to say many friends had let themselves believe his battle could be won. There would always be more music, more comics, more smiles, more silly jokes. There was no alternative.

Jason Noble became known to music fans outside Louisville in 1994, when his band Rodan released an album, Rusty, through Chicago’s legendary underground label Touch and Go Records. “As was the norm when anyone met Jason, I instantly took a liking to him,” label founder Corey Rusk said in a statement.

Though the band quickly broke up, the album — a mature and forceful work of post-punk tension and beauty — continues to influence musicians today. Arriving in the wake of Slint, whose sound and ideas they furthered, and Nirvana, who had made combining hardcore noise and pretty pop sounds a commercially viable notion, Rodan’s premature break-up was unfortunate, leaving an audience wanting more from Noble and his friends.

What came next was surprising. Noble’s interest in modern classical and chamber music inspired a new project, Rachel’s, which he led with pianist Rachel Grimes and violinist Christian Frederickson. With the continued backing of Touch and Go, Rachel’s released five albums over a decade and toured around the world. Labeled a “post-rock” group by journalists and fans unfamiliar with classical music, Rachel’s brought something new to a generation otherwise disinterested in composers such as Philip Glass, Steve Reich and Michael Nyman.

Musically, Noble had an array of interests, from highbrow composers to punk rock, from soul and hip-hop to goth. Beyond music, his tastes were just as diverse: comedy and superheroes, art and horror films. He spent years being interviewed, yet was always excited to interview his peers about their work and interests. He invited newer bands from Louisville on tour to open for his bands, and he did it to give them experience and exposure … and to have them around to talk about comic books or heavy metal.

As Rachel’s became successful, Noble also re-teamed with the man who would be his longest musical collaborator, Jeff Mueller. The pair had first performed together with Greg King in King G and the J Krew, a goofy attempt at the late-’80s hip-hop style they loved. “I may have never played music without Jeff, ’cause I was far too conservative and scared and unsure to even start,” Noble wrote in another Magnet article. “Greg and Jeff drew me in and opened up my world.”

Over the years, Mueller and Noble’s friendship and chemistry evolved into a rock band, King Kid International, which eventually became the short-lived Rodan. The duo was reunited in 1995 when Mueller, who had moved to Chicago, was asked to compose music for a new radio show, “This American Life.” He called Noble to work on it with him, and they soon started a new post-punk band, Shipping News, with drummer Kyle Crabtree.

In addition to these collaborations, Noble made music on his own at home using electronic loops. The prolific, sample-based solo project — dubbed Per Mission — sustained for 16 years.

For most of the past decade, Noble also worked at ear X-tacy, performing a wide range of jobs — from sales clerk to buyer to doling out musical advice — with total joy. “I’ve never met a more loving, caring, generous human being in my life,” says storeowner John Timmons.

Longtime ear X-tacy co-worker Rebecca Mercer says Noble became one of her best friends: “We spent many nights working on ear-X projects that made us want to pull our hair out, yet we’d always have fun in the end. We joked that everyone thought we just listened to music all day and did nothing else, when little did they know we’d be up at 4 in the morning (drinking our fifth cup of coffee or Diet Coke, and petting (his dog) Miles), going over the Gift Guide for the 4-millionth time. It never felt like work, though, because I was with Jason.”

When Jason Noble and Kristin Furnish first met in 1991, he was a tall, skinny musician. She was a bit younger, still in school, the kid sister of another musician he knew. It wasn’t time for their love story yet.

They started dating in 2003. Christina Lueken shares this story: Noble had been a regular at Third Avenue Café, near his home, often dining there with his mother. Lueken — a server there — and her coworkers appreciated and remarked on the fact that he was more concerned with spending quality time with family than with being cool.

“One day, he brought a girl in with him. She had long, auburn hair and a gentle demeanor, very much like his. We were thrilled, frankly, to see him on a date with a girl other than his (awesomely sweet) mom.”

As the date ended, rain began to fall. “He and she stood at the door as a silhouette for a moment before leaving, and he lifted up the inside of his blue jean jacket to hold over her head, as she leaned into his side, to block the rain as they trotted over to their car.

“We all watched this, and as soon as they disappeared out of sight, we all let out a collective sigh. We had all witnessed something that was beyond this world in its earliest stages. This young woman’s name was Kristin.”

THIS IS NOT AN EXIT

As years of game-changing factors saw the music business nosedive, and the recession kicked in, bad things started to happen. In 2009, Touch and Go, the almost 30-year-old label that had distributed most of his music since 1994, announced it would no longer be able to release new recordings — by anyone. Ear X-tacy was struggling to stay afloat. Finally, after pain in his hips didn’t go away, Noble went to see a doctor.

Kyle Crabtree, who had shared a house with Noble for eight years, lost a parent to cancer in 2005. He knew it was bad when he heard “Stage 4.” The initial diagnosis indicated Noble would be gone quickly, but he fought, enduring surgeries, radiation, chemotherapy and clinical trials.

The community he loved so much rallied — friends built a ramp for his house, as he was initially confined to a wheelchair; art was auctioned off and bands reunited to play benefit concerts, all to raise money for medical expenses.

“How uncomfortable Jason must have been to receive attention for his illness rather than for his art or music,” says Carrie Neumayer, a fellow musician and visual artist. “When the music community held benefit shows for him, I know in his heart he was probably much more interested in finding ways of giving back to others who he presumed needed it even more than he did.”

Noble never lost sight of the challenges others faced.

“I’ve been looking through all my old emails with Jason and I’ve been struck by all the plans — plans for benefit shows for the Americana Community Center, for Hurricane Katrina victims, for Raptor Rehabilitation; plans for art shows, for comic art projects, and articles to work on for LEO,” Neumayer adds. “I know there must be a million messages, letters and emails floating around out there with all these great ideas and plans he had with so many of us.”

And despite the gravity of his condition, Noble always made time for simple gestures of kindness. For example, just a few weeks before traveling to Bethesda, Md., to undergo yet another clinical trial, he cooked dinner for friends.

“Three weeks ago, Jason made me and my wife, Lisa, lasagna,” laughs Crabtree. “The man is getting ready to go away for intensive treatment — and he’s already been through so many — and he found the time, energy and spunk to fully make us a kick-ass lasagna.”

Noble would not make it back home again from treatment at the National Institutes for Health. After contracting a bacterial infection, he went into cardiac arrest and could not be revived.

Though gone, Noble will not be forgotten.

“We just have to carry him forward,” Crabtree says. “We just have to be inspired by his strength and by the relentless devotion to the things he was loyal to: people, ideals, superheroes, music, art, creativity, and new ways of thinking. And kindness, compassion and honesty.”

In their own words