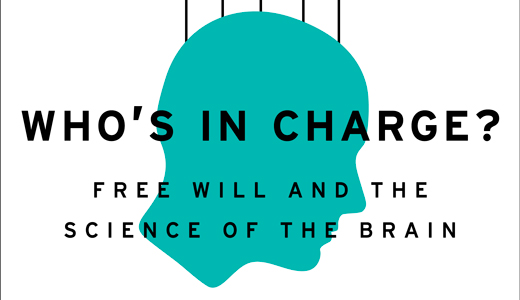 Consider the atrocity in Aurora, Colo., when James Holmes, armed to the teeth, initiated the massacre that has profoundly shaped the American discourse on gun control. Now consider the new information coming to light: On one hand, Holmes was a student in neuroscience; on the other, possibly schizophrenic. To make matters worse, gun sales reportedly spiked after the killings. What is to account for these behaviors?

Michael Gazzaniga, a leading researcher in cognitive neuroscience, suggests some answers, though his answers are discomfiting — or may seem so at first. In this fascinating, sometimes difficult book, Gazzaniga sets out to map for the common reader, as plainly as possible, the human brain. Along the way, everything we think we know — our assumptions of free will, our very sense of self — is called into question.

Identity, in fact, is one of the first truths to go. To shake the foundations that we are, in fact, a “self” with a name, history and personality, the author relates a scene from “Men in Black” where a man has been revealed to have been controlled by a little alien in his head — what Gazzaniga calls the homunculus. The idea is rather simple: We exist in our heads and operate, as it were, from a distinct point, a center, meaning that somewhere in our brains there is, in effect, a central processor known as “me.” Not so, says Gazzaniga.

It turns out we are likened more to a cloud. Thinking happens everywhere in the gray matter, or nowhere at all. With this age-old quandary of “Who am I?” now solved, the answer being a very Buddhist “no one,” he moves on to the idea of determinism. Why are we the way we are? Well, determinism says that we are, frankly, “hard-wired,” which is to say, our brains are designed to be responsive in a way that precludes all sense of free will. We don’t really do anything by our own accord, but are following the dictates of a brain that was designed for the jungle, where we had to be constantly alert for things that would kill and eat us. The brain was designed, in short, to live in fear.

That may be putting it simply, but take the primal, reptilian brain and suddenly thrust it, in the eye blink of a few thousand years, into the heart of a technological, urban and crowded environment. What happens? Trouble. No wonder everyone is running for guns: The human brain is designed, above all, to protect itself. Of course, in the case of Holmes, this fight-or-flight portion of the brain can malfunction and, if so, is he ultimately responsible for what he did? According to the determinists, the answer is a resounding No. You see the problem.

But this is where Gazzaniga’s argument turns especially interesting: justice. How do we reconcile determinism with a system of justice and the rule of law? How is the courtroom to approach the idea of responsibility? Gazzaniga’s closing arguments in “Who’s in Charge?” address this very issue, and the answer lies, he claims, in a pointed, social definition of free will.

Though at times ploddingly technical, this book relentlessly seeks to redefine our sense of self in a troubled world. What we are meant to take from Gazzaniga’s work is both disturbing and reassuring, but what is unarguable is that our views of ourselves in society will be radically redefined, perhaps even liberated.