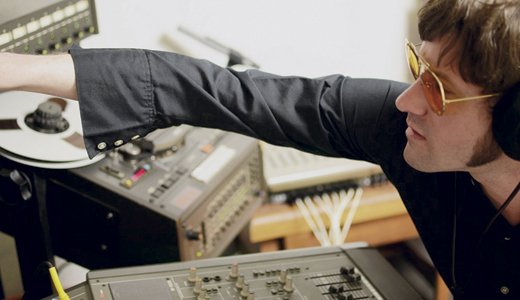 Brian Olive sounds like he’s still got something to prove. The Cincinnatian’s catalog is strong, from his band work with The Greenhornes and Soledad Brothers to session work with The Black Keys’ Dan Auerbach and Dr. John. But there’s an edge to his voice that suggests dissatisfaction with that earlier work.

Last year’s album Two of Everything, co-produced by Auerbach, echoes his self-titled starter, bringing a more melodic pop sensibility that his group work shunned. Olive shrugs, “There are things I always wanted to do in the Greenhornes and Soledad Brothers that I didn’t get a chance to do, maybe because there were so many people involved; so on Two of Everything, I said, ‘I’m going to do whatever I want. I’ll make it as pop sounding as I want.’ Each one of these albums that I do, it’s just making more and more sense as I stand creatively.”

The democratic process of bands can be restrictive. Olive says, “Greenhornes was four people who wanted to do straight-on garage and rhythm and blues. I was the odd man out, listening to different kinds of things and wanting to bring them into the fold. With Soledad Brothers, Johnny and Ben were more into experimenting. I was never quite satisfied with the outcome, completely. Now that it’s my name out there, there’s nobody really arguing with me about how the sound is going to be.”

Olive has been working on demos for a new record and will likely self-produce. “I’m always in the position that, unless I think someone else can do it better, I think I’ll just do it myself,” he says. Auerbach, Olive says, wanted to work on his first solo record, but Olive dismissed him. “I was out of the country for a while, out of the loop, and I was thinking, ‘Dan Auerbach? The guy who was opening for Soledad Brothers, in that band … what were they called?’”

His band plays at ZaZoo’s on Friday, Aug. 31. As for the show, Olive is no-nonsense. “What to expect? We’re just going to show up and play the hell out of it. We’re not a smoke-and-mirrors band.”