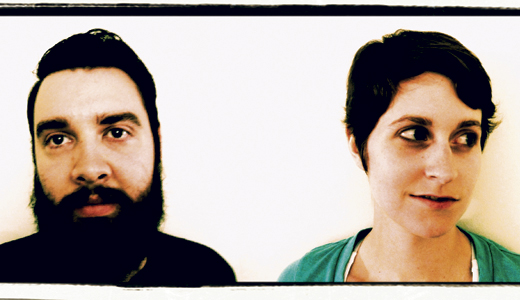 Louisville is graced with a myriad of small theater companies, most of them with a mission to produce new, cutting-edge and challenging work. Something you don’t see often around here, though, is performance art. It’s still theater, but minus the typical narrative format. A story of some sort is being told, but not in the usual this-character-says-this-now way. There’s maybe an outline or list of events, but no script. Jon Becraft and Kelli Fitzgibbon bring this style to town with Baby Horse Theatre Group, debuting in late September with “Biography of Physical Sensation” at the Highland Green Discovery Center. The show concept was first conceived by Matt Hislope and Josh Meyer of Rubber Repertory Theatre in Austin, Texas, and Becraft and Fitzgibbon, who saw the production, have adjusted and made it their own.

“With this show, you don’t just watch things happen,” Fitzgibbon explains. “They happen to you.”

Described as a “visual poem” by one Austin reviewer, “Biography of Physical Sensation” translates a subject’s life events and memories into sensations such as tastes, smells, sounds or feelings, rather than re-enacting them in scenes. Becraft and Fitzgibbon have based their rendition of this show on interviews they conducted with their friend Lydia Lovell, whom they decided had some interesting life experiences to share.

“The audience is provided with no context about the memories. They’re not given any idea of what it’s specifically supposed to mean, what memory it’s supposed to be,” says Becraft. “Some of them will be more obvious than others, but all that happens in the show is that they’re presented with these sensations and experiences that are purely physical and left to draw their own conclusions based on them.”

Upon entering, the audience will choose between three levels of intensity — level one, being the least intense, is recommended for the more apprehensive viewer, and level three for the boldest. To keep the experience intimate and because the number is divisible by three, the house will be limited to 18 seats. It is their hope that the experience would be unique, challenging and perhaps even therapeutic for some.

“It’s everybody’s performance of the piece, and how much the audience is willing to give to it and participate in it, that’s how good the show is going to be,” Fitzgibbon says. “So it’s really kind of a risk, but we’re just hoping that people will come with open minds, ready to just let go.”

The two friends met at Hanover College and make a curiously perfect team for this piece — Becraft, from Carrollton, Ky., studied theater, while Louisville native Fitzgibbon was a biology major. They performed in a band and in plays together, and when they moved permanently to Louisville, they felt it would be a perfect place to launch their own performance art group. They’re already brainstorming for future Baby Horse pieces. Drawing inspiration from notable performance artists like Marina Abramovic, the pair wants to write their own original work that is more interpretive, always involving the audience as much as possible.