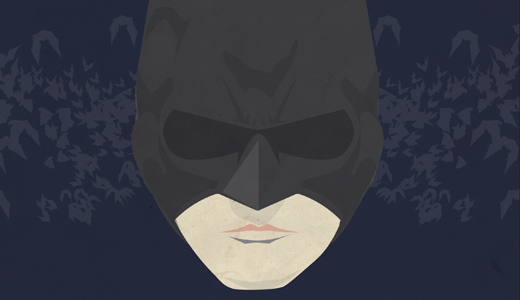 Roast of Batman @ The Bard's Town

WFPK’s next Waterfront Wednesday concert will feature headliner J.D. McPherson, who seems to have taken the advice of rockabilly pioneer Carl Perkins to “Put Your Cat Clothes On.” His popular single “North Side Gal,” from Signs and Signifiers, oozes with mid-’50s Sun Records country soul, and the rest of the album is cut from the same cloth. His stripped-down sound might even cause some of the elders in the crowd to get up and dance. Opening acts are singer-songwriters Audra Mae (6 p.m.) and Matt the Electrician (7:30 p.m.). Mae’s songs are being picked up by “CSI” and other big media outlets, while you can preview the genial Matt the Electrician’s concert from SXSW on YouTube. Remember, the music is free, but outside alcohol, coolers, glass and pets are not allowed. —Martin Z. Kasdan Jr.

There was a brief stint during my childhood when I looked for a golden ticket in every chocolate bar, convinced I might be one of the lucky few chosen to nibble my way through Willy Wonka’s Chocolate Factory. I was crushed upon learning my dream of endless desserts was just a fantasy. (It was the saddest I’d been since the summer of ’84 ended without a visit from the Sweet Pickles bus.) Well, it might have taken a couple decades, but it turns out some sweet dreams do come true: Sugar Rush will offer an array of cupcakes, brownies, cookies, ice cream, candy and other treats, along with dessert-inspired libations and wine. Guests will have the chance to vote for the best dessert, with a king or queen confectioner crowned at the end of the evening. Co-sponsored by LEO Weekly and NFocus Magazine, Sugar Rush benefits Kosair Children’s Hospital, meaning you can gorge without the guilt. —Sarah Kelley

Torche started out as a skull-crushing band with a bit of rock in the mix. Slowly, with each release, they’ve upped their pop tendencies, culminating in the syrupy sludge that was last year’s Harmonicraft. The consensus is clear: Torche, in their infinite wisdom, cannot sell out, although they will continue to bring a more mainstream appeal to sludge. Local trio Old Vikings sound like High On Fire with hazy Matt Pike-influenced riffs, but there’s nothing wrong with that. Reunited local punks Bush League also grace the stage and, for those who missed them in their heyday, they’ve lost nothing. Additional support by Nervous Energy. —Austin Weber

Now in its 37th year, the Kentucky Music Weekend folk festival brings musicians, storytellers, artsy crafters, jammers and competitors together to highlight the majestic music of our fine state and region. A $10 suggested donation for evening concerts goes to the artists, none of whom will ever get rich playing richly textured and living, breathing, historic music. The Juggernaut Jug Band, Keltricity, John Gage, The Barefoot Best Friends, Whistlin’ Rufus, and many more will perform, and classes will be offered in mountain dulcimer, hammered dulcimer and ukulele. The Kentucky State Mountain and Hammered Dulcimer Championship contests will be held for the ninth year, and the Dare to Care food bank will be collecting non-perishable food items. Held in one of the most beautiful parks in the city, this is a weekend for the whole family. —Peter Berkowitz

Have you had enough of the DJs and ravers and the tweens today who don’t blow up their amps with some solid rock action? If it’s been too long since you’ve heard about a band from a place like Olympia, Wash., who sound like they’ve listened to a bunch of Dinosaur Jr. and Husker Du, and Northwestern trailblazers like the Wipers, then the under-used room in Lisa’s Oak Street Lounge is where you’ll want to be. The Germantown bar is playing host to Milk Music, with Lexington’s Cross (whose next album, Die Forever, will come soon from the Sophomore Lounge label), and local noisemakers Tropical Trash. “We’re too straight for hippies, too far-out for punk,” leader Alex Coxen told Pitchfork, so let that advise you. —Peter Berkowitz

Since his introduction in May 1939, in issue No. 27 of “Detective Comics,” Batman has been shot, prodded, punched and poked in valiant efforts to keep the streets of Gotham safe. But on Friday, the crew over at The Young, Dumb, and Full of Comedy Show will find out if, after all of that, he can survive a roast. In the upstairs theater at The Bard’s Town, comedians like Lindsay Boling and Jake Reber, with Will Hardesty emceeing the festivities — along with comic-book staples like The Joker, Catwoman and Batman’s longtime houseboy Robin — will gather to pay long-earned disrespect to their friend (or foe, depending on what the case may be). And after the “loving” tributes this crew has offered to past roast subjects like Jesus, Abraham Lincoln and Hitler, Gotham will most certainly never look at Bruce and Bat in the same way again. —Brent Owen

‘Light in Her Eyes’

“A woman is a school. Teach her and you teach a generation,” is the tagline to the documentary, “The Light in Her Eyes.” Shot just before the Arab Spring and political upheaval currently under way in Syria, the 2011 film from Julie Meltzer and Laurie Nix offers a rare view into the normally closed lives of women in the country. It follows a female preacher named Houda al-Habash as she operates a Qur’an school for girls, bucking a long-held societal belief in Syria that women do not have a place in the Mosque. Saturday’s screening concludes the Iroquois Library’s month-long celebration of the Arab-American experience. Also running Saturday is the exhibit “The Way I See It: Art through the Eyes of Refugee Children and Youth,” which closes July 31. — J. Christian Walsh

Red Barn at U of L

Think of playwright/comedian Del Shores as the gay male version of Kathy Griffin — both love to dish on everything gossipy and juicy from Hollywood during their shows, especially reality TV. Shores’ latest national tour — “Naked. Sordid. Reality.” — stops here Saturday night at U of L’s Red Barn and is sponsored by the Kentucky Fairness Alliance and the Louisville LGBT Film Festival. Shores has dabbled in theater (“Southern Baptist Sissies”), film (“Sordid Lives”) and TV (“Queer as Folk”). While the show starts at 7, there will be a silent auction before at 6 p.m. A limited number of VIP tickets are available, so check the website above. Proceeds benefit the Louisville AIDS Walk. —Sara Havens

Here’s some 19th-century celebrity gossip: When Fanny Kemble went on tour and came to America, the prominent British Shakespearean actor ditched the stage and married Pierce Mease Butler, a plantation owner. As it turned out, Fanny K. would publish her anti-slavery “Journal of a Residence on a Southern Plantation” in 1863, based on her observations of the hundreds of slaves her husband owned, making her an early icon of the abolitionist movement. Most likely, that was pretty awkward for Mr. Butler, but we can get the full story in HerStory Productions’ one-woman show that brings Kemble’s writings and complex story to life, performed by Megan Burnett and directed by Kathi E.B. Ellis. —Jane Mattingly

U of L’s Hite Art Institute isn’t taking the summer off. Instead, they decided to display two exhibitions in the same location. “Art of the State” is the result of a college seminar on government-sanctioned art. A student viewing of Soviet-era work led to questions on how the state and an artist can work together. The result is a show of student “answers” by way of prints, posters and photography. An artist’s life’s work is showcased in “Jim Snodgrass: A Creative Life.” Snodgrass was born in 1929 in Jeffersonville. After receiving his BFA from the Herron Art Institute in Indianapolis, he worked as a painter and sculptor in New York City, Indianapolis and Louisville. The reception for both shows is Thursday from 5-7 p.m. —Jo Anne Triplett

‘Going for the Gold’

There’s nothing like the Olympic Games to fire up levels of patriotic enthusiasm among devotees and non-sports fans alike. If a ticket to London isn’t in your budget, you can still get a taste of Olympic fever at the Speed Museum’s latest exhibit, “Going for the Gold.” Featuring nearly a century of Olympic memorabilia from the private collection of U of L professor Robert Kebric, the exhibit includes posters, banners and 27 Olympic torches. Kim Spence, the museum’s curator of Collection Research, says, “The bold graphics and iconic images of Olympic posters are readily associated with the games, but people are often surprised to learn that the designs of the torches also change every four years. Few of us ever have the opportunity to attend an Olympic event in person, but this exhibition offers viewers the rare opportunity to examine these fascinating objects up close.” —Jennifer Harlan

Catherine Bryant’s love of plein air painting is the reason behind her solo exhibition “Water, Precious Water.” While it obviously centers on bodies of water, including the Ohio River, it is the beauty of the landscape in Kentucky and Southern Indiana that inspires her. To recognize a Bryant painting, look for strong, bright color, vivid brushstrokes and the aforementioned nature, including animals (although her trompe l’oeil/faux finish work is awe inspiring). She’s said that plein air painting has shown her “how to quickly simplify (my) composition and ensure proper color acuity before the light changes,” giving her something to experiment with when she chooses to paint indoors. Bryant’s opening reception is during the July 27 FAT Friday Trolley Hop from 6-9 p.m. —Jo Anne Triplett