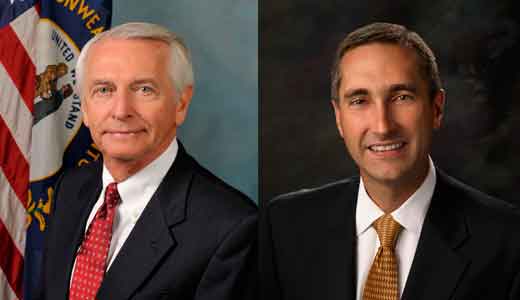 While the U.S. Supreme Court’s landmark decision on the Affordable Care Act upheld the individual mandate to require health insurance, it struck down a key provision, which will require Kentucky and other states to make a tough choice about the future of health care.

Originally, the Affordable Care Act required that all 50 states expand Medicaid access to previously ineligible individuals whose income is less than 133 percent of the federal poverty level, with the federal government paying a large majority of the costs for an estimated 17 million people.

But the Supreme Court ruled that this decision must be up to each individual state. And while many see this opportunity as too good for states to pass up given the feds would foot much of the bill, a half-dozen Republican governors have already indicated they will not expand Medicaid, citing the additional strain it could put on state budgets.

And though Gov. Steve Beshear has approved the creation of a statewide health care exchange — where citizens can shop for affordable insurance — he has not yet made up his mind on whether he will approve this expansion of Medicaid, which would go into effect in 2014.

Just as in most states, the lines are already being drawn in Kentucky on whether to go forward with this plan, with both sides crunching the numbers to see if state government can afford to provide much-needed health care access to more than 300,000 of the working poor.

On July 5, state House Minority Leader Jeff Hoover (R-Greensburg) issued a press release calling on Gov. Beshear to opt out of expanding Medicaid, citing “a drastic effect on the financial stability of the Commonwealth of Kentucky, and a detrimental effect on the other functions of government funded through the executive branch budget.”

However, a study by the Urban Institute — a think tank whose numbers Hoover cited in his press release — shows that states like Kentucky are likely to actually save money by opting into the expansion of Medicaid.

The study estimates that most states expanding Medicaid will have a net increase in their state budgets, largely due to a dramatic decrease in state spending on uncompensated care — to cover hospital costs for those unable to pay — and mental health services. With more low-income individuals gaining Medicaid coverage, or private insurance with the help of federal subsidies through the exchange, less state and local funds are needed to pay for uncompensated care.

Even accounting for the additional costs, the Urban Institute estimates that by 2020, Kentucky will actually save anywhere from $140 million to $828 million, potentially spending $1 billion less on uncompensated care.

While Hoover and Tea Party groups in Kentucky have come out denouncing the expansion of Medicaid, key Republicans in Senate leadership are taking a more deliberate approach. Senate President David Williams (R-Burkesville) tells LEO they are taking time to analyze the impact on the state budget, though he echoes Hoover’s skepticism.

State Sen. David Givens (R-Greensburg) says he shares such concerns and also fears that after 2020, the federal government could renege on their agreement if they need to cut spending further, saddling states with a portion that exceeds 10 percent for over 300,000 new enrollees.

However, Givens also says it’s too early to rule out findings such as that of the Urban Institute until a thorough vetting of the numbers has been completed, particularly noting possible savings in uncompensated care.

“That is one of the reasons that you can’t just make a blanket statement and say ‘we don’t want to do this,’” Givens says. “We have to take a look at all these variables.”

But even if Medicaid expansion is a net positive for Kentucky’s budget — and health — Givens notes the large amount of federal tax dollars going into the Affordable Care Act.

“If you look at it short term on the balance sheet, and you don’t take into account the fact that these are still tax dollars that American citizens are paying, someone can make the argument that it’s a no-brainer for Kentucky,” Givens says. “But you must factor in that these are still U.S. citizen taxpayer dollars going to the federal level and then back down to Kentucky.”

While Givens has concerns about the federal tax burden, a Congressional Budget Office study estimated that by 2020, the Affordable Care Act would bring a net reduction in federal deficits of almost $200 billion, as more people have coverage and access to preventative and primary care.

House Speaker Greg Stumbo (D-Prestonsburg) has come out in favor of Medicaid expansion, but Gov. Beshear tells LEO he needs more time to analyze the numbers.

“We have a lot of information to gather before making a decision about whether to expand Medicaid,” Beshear said in a statement. “We also have to consider how many Kentuckians an expansion would affect, as well as how much it would cost after the three year federal coverage transitions into a shared federal/state responsibility.”

U.S. Rep. John Yarmuth strongly supports opting into the Medicaid expansion, not only because the Kaiser Foundation estimates that Kentucky will see the largest percentage of uninsured population gain new coverage, but because of the savings he expects it to provide for state and local government.

“We all pay those costs one way or another,” Yarmuth says. “We either pay them because the hospital and the other providers are charging private insurance more to overcome (uncompensated care), or there’s a direct payment to the institutions like University Hospital.”

Hospital organizations around the country have rallied behind Medicaid expansion — even in states with opposition from the governor — citing how expanded coverage for low-income individuals will mean less free care that hurts their bottom line.

The Kentucky Hospital Association — whose 2010 annual report complained that hospitals provided $274 million worth of indigent care, plus $435 million in care for patients who did not pay their bills — plans on releasing recommendations on Medicaid expansion this week. But unlike other hospital associations around the country, KHA director of membership services Pamela Mullaney tells LEO that they will not support the expansion.

“We would really like for the state to make full use of the subsidies through the exchanges, rather than by expanding Medicaid,” Mullaney tells LEO. “We don’t think the state can bear the additional costs involved, so we want the state to take the time in considering what to do, given that it is optional right now.”

But while subsidies will be available for those at or above the federal poverty level in Kentucky, if the state opts out of Medicaid expansion, people who would have been newly eligible under the poverty line — those without children and parents above 59 percent of the poverty level — will be stuck without either option, ineligible for both subsidies and Medicaid.

And while University Hospital in Louisville is currently facing budget struggles on the local and state level for funding its indigent care, a spokesman tells LEO they also do not welcome expansion, as Medicaid does not fully reimburse hospitals, and because the Affordable Care Act cut Medicaid payments.

Tony Zipple, CEO of Seven Counties Services, which provides mental health treatment to 32,000 patients in the region annually, supports the expansion. While state mental health funding has been flat for 15 years, Zipple says this will “provide a funding stream that will allow services for many people who badly need it.”

Jason Bailey, director of the Kentucky Center for Economic Policy, supports Medicaid expansion not just because of potential budget savings, but because it will provide more primary and preventative care for a state with serious health problems.

“That’s important, but the most important thing is we’re going to be healthier,” Bailey says. “And for a state that has challenges around diabetes and cancer and heart disease, I don’t know why we would not prioritize covering most of the uninsured.”