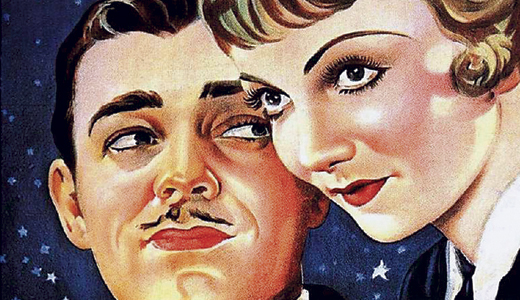 In Frank Capra’s “It Happened One Night,” Peter (Clark Gable) offers Ellie (Claudette Colbert) a tutorial on the proper methods for thumbing down a ride. Despite Peter’s cocksure persuasiveness, each of his methods results in unyielding motorists blowing past the wandering couple without pause. The banter between the two characters during Peter’s fruitless primer is endearing, flirty and still fresh.

And then it happens: Ellie shows Peter her “system” — by lifting her skirt above the knee and bringing an approaching vehicle to a dead stop.

Even if you haven’t seen “It Happened One Night,” you’ve watched this iconic scene before — in clips, parodies and homages. In an abstract sense, the exchanges and chemistry, the one-upmanship between Peter and Ellie forms a template for romantic comedies that is still in use. These moments of recognition are part of what makes seeing a classic for the first time so much fun, like gazing upon a famous painting you’ve only seen in books, or hearing a beloved song finally performed live.

This is especially so of classics shown on the big screen, particularly at soaring venues like the Louisville Palace. This week marks the start of “The Director Series: Hollywood’s Golden Age” at the theater, which runs Friday and Saturday nights all summer long. Pausing only for Barry Manilow on July 27, the program kicks off with 1934’s “It Happened One Night,” the first movie to win all five major Academy Awards, including Clark Gable’s only Oscar.

The film series’ 14 titles offer volumes of “cinematic scripture,” like that performed by Gable and Colbert. “Casablanca,” showing on Aug. 4, runs like a greatest hits record of memorable dialogue. Marlon Brando’s Oscar-winning turn in “On the Waterfront” (Aug. 18) still resounds, years after its 1954 release — aided by fans like Robert De Niro, whose I coulda been a contender “Waterfront” impression helped the actor secure his own Academy Award for “Raging Bull” in 1980.

For a fraction of a multiplex ticket, the Palace may be the ideal place to experience these cultural touchstones, once a first-run theater that would have screened features like Chaplin’s “Modern Times” (July 14) and Orson Wells’ “Citizen Kane” (July 21). John Eberson, famous for his “atmospheric” movie theaters, designed the 2,800-seat house in 1928. Each of Eberson’s buildings are unique and feature a type of rococo mash-up that include styles like Moorish Revival, Italian Renaissance and, in the case of the Palace, Spanish Baroque. (Or what the National Register of Historic Places defines as “Churrigueresque,” so named for José Benito de Churriguera, an 18-century, Spanish church builder.)

Of the 100 or so Eberson-designed theaters constructed around the country, the Palace is one of a dozen still in operation. This is thanks in large part to a thorough, 1980s reboot by Louisville businessman John Siegel, whose modern-day likeness jumps out amusingly from the ancient playwrights and composers featured in the stunning, vaulted arcade of the Palace’s “Faces Lobby.”