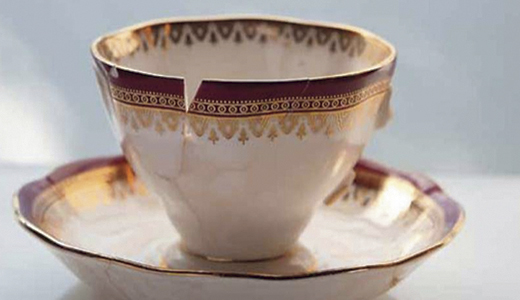 Like most baby boomers, I intermittently fall into the trap of believing something I have witnessed never to have existed until the moment I witnessed it.

OK, OK, it’s not just baby boomers who do this. Adolescents do it. Toddlers do it. Even dogs seem to do it.

Anyway, to cut to the “thing” in question, until fairly recently, I believed Granta, the British-based literary magazine, to have been launched in 1979, the year I graduated from college. That was when my undergrad literary mentor first handed me a copy. On the front, it said, “New American Writing.” The table of contents featured many of the writers I’d cut my wisdom teeth on: John Hawkes, William Gass, J.C. Oates, Tony Tanner. And it was the very first time I’d heard of Leonard Michaels, who remains, to this day, one of the least known and most underrated writers of the 20th century.

It was not completely ignorance that made me believe Granta was a new magazine. The issue did, after all, say right on the front: “Granta 1.” It’s just that that 1979 issue marked the re-launching of a literary enterprise that had been around since 1889, when it was founded at Cambridge University under the name The Granta. From the beginning, it was devoted to identification of talent. Just a few of the many writers who got their start at Granta are A.A. Milne, Michael Frayn, Stevie Smith, Ted Hughes and Sylvia Plath.

It remained alive and kicking until the early 1970s, when it was run aground by financial troubles and dwindling interest. By the end of that decade, a dedicated group of Cambridge post-graduates got together to rebirth the baby, this time with a more international bent.

In the interim, there have been 119 issues published, in addition to Granta’s book publishing arm that was launched in 1989, on the 100-year anniversary, by Bill Buford.

As its website explains, Granta “does not have a political or literary manifesto, but it does have a belief in the power and urgency of the story, both in fiction and non-fiction, and the story’s supreme ability to describe, illuminate and make real.”

Nowhere is this made more abundantly clear than in the fortnightly (that’s every two weeks to you anti-Brit-speakers) Granta podcast, which you can download for free on iTunes. Like the issues themselves, each podcast is devoted to a particular topic: horror; sex; fathers; the rise of British Jihad; the F word (F meaning Feminism).

The ’cast was launched in 2010 with a reading from a work in progress by A.L. Kennedy. Kennedy is a wondrous voice on the page, but until you’ve heard her read her own work, in her sonorous Scottish accent, you haven’t fully experienced it. The piece she read on that first podcast has since become part of the novel she published a few months ago, “The Blue Book.”

As of the time of this writing, there are 38 podcast episodes of Granta writers reading original works. They appear in reverse order on the iTunes page, so if you want to listen to them chronologically, scroll to the bottom and begin with Kennedy. That first one lasted just under 10 minutes, but most of the subsequent episodes are closer to the 30-minute mark, some going nearly an hour.

Outstanding readings/performances are by Paul Auster, Jon McGregor, Jeanette Winterson, the Welsh writer Cynan Jones, and the Kenyan writer Binyavanga Wainaina, whose book title is almost as thrilling to say as his name: “One Day I Will Write About This Place.”

Come to think of it, that title pretty much fits what Granta has been about all along.

If you prefer to listen to your podcasts another way, they are also available online.