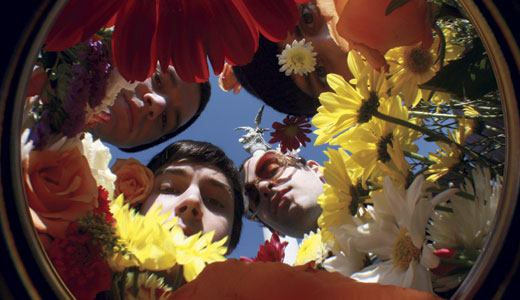 Louisville loves finding something new to obsess over for a few weeks, and this week offers a chance to discover what could become your next favorite band (until the next one). Murals has been subtly honing their craft for a while now, concocting an indie-psych buzz sound from an earlier era, or at least a different time zone. They play a release show for their new record, On a Passing Cloud, Friday at the Monkey Wrench. Bassist Evan Blum checked in.

LEO: How, and when, did the band get together?

Evan Blum: We all went to high school together. We have lived with each other at various points, and we are very much in love.

LEO: I think Murals is one of the least “Louisville”-sounding bands in the past decade. Do you agree? Was it a conscious decision?

EB: That is a nice thing to say. We have always tried to play the music we want to hear. Conscious or not, Louisville is our home, and the music reflects that in certain ways. There has been a lot of great music to come out of Louisville, and we are proud to be from this city.

LEO: Do you do anything special to the piano?

EB: Different techniques. On one song, we opened up a grand piano and plucked the strings. On another, we used a piano that was slightly out of tune. We borrowed an idea from Joe Meek and stuck tacks into the hammers on another of our pianos.

LEO: What year is it in your heads?

LEO: What have you been doing to get your music heard, locally and worldwide?

EB: Locally, we had a residency at the Monkey Wrench, which lasted a few months. Worldwide, we are having some help releasing our music on a few different blogs, and we are taking a tour this summer to Chicago, Detroit, New York City and a few places in between.

LEO: What is the best way to listen to Murals?

EB: On a passing cloud.