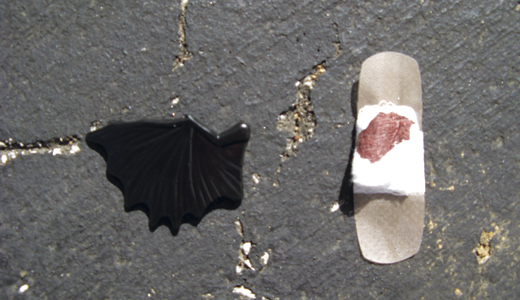 She Might Bite’s first, self-titled EP was a visceral, fresh update of punk-era bands like the Slits and Gang of Four, with sharp, jagged guitars flying into pounding drums. They call it “punk-surf-garage-rock poetry.” Though they even threw a ballad into that first collection, fiery songs like “Dead Weight” and “Sinister Device” left no doubt that this was no mere New Wave pop-slop. Oddly, they began as two sisters attempting to be folkies. Their first full-length album, Feral, is due soon.

Tara Kimes: Good. It’s finished … as far as how it’s going to be released, we’re still sort of figuring that out.

LEO: Who’s in the band now? How many changes have you had lately?

TK: Just me and (drummer) Kathryn (Slaughter). We have been having a lot of fun jamming and experimenting. Our next show (on June 21) will be our first as a duo. Changes — we’ve gone through two bass players in the last year.

LEO: There’s a song called “Punk Bitch” on your EP. What inspired that?

TK: My sister (Courtney) wrote that one day. She said she just felt like shit, was having a low day, and was frustrated that she couldn’t play any instruments.

LEO: Is it hard to be a musician in a band?

TK: No. Being a musician in a band, so far, is the thing that I wake up and am thankful for. It puts ease and gratitude into my life. I think it makes other areas of my life balanced and easier.

LEO: What have you been listening to lately?

TK: I have been really enjoying Patti Smith lately — I love her song “Piss Factory.” Also, Iggy Pop, in my car. This morning, I kept playing “Golden” by Jill Scott on my record player, over and over. Kathryn has been getting into psychedelic Japanese bands.

She Might Bite plays Saturday at Zanzabar, with Dane Waters and Julie of the Wolves. Find more info about the band at reverbnation.com/shemightbite.