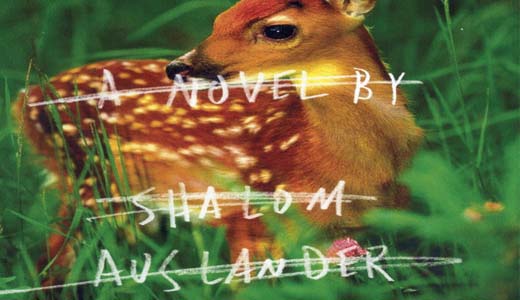 What to read on the beach? It’s the age-old question of vacationing hordes across the world. Personally, I’ve never been a fan of reading in the sand. I don’t even really want to be on a beach unless it’s a cold, windswept place with huge crashing waves. And if I’m there, you can bet I am not going to be sitting down.

But none of this means I don’t want to read a fab book in the summertime. I want to read one of those every day of my life, whatever the season. So without further bejabbering, here is a small stack that I can pretty much promise will deliver various brands of pleasure.

If you consider yourself one of those readers who would never, under any circumstances, crack a comic book, consider again. I used to be such a person myself — until I took a gander at the works of the Iranian graphic novelist Marjane Satrapi. My awe at her “Persepolis” series led me back to the collected works of Lynda Barry and ultimately to the memoirs of Alison Bechdel. You don’t have to have read “Fun Home” first in order to appreciate “Are You My Mother?” — but why would anyone with any sense not read both? Bechdel grew up with a closeted gay mortician dad and a super-smart literary mom, and you just can’t believe what a train wreck they were as parents, yet every page, in Bechdel’s graphic rendering, is magically endearing, full of both literary and psychological insight.

While we’re in memoir mode (not a favorite genre of mine, by any means), let me mention one that was not published this year but that seems to have undeservedly fallen under the radar. Elena Gorokhova’s “A Mountain of Crumbs” is anything but. It begins like this: “I wish my mother had come from Leningrad, from the world of Pushkin and the tsars, of pearly domes buttressing the low sky … But she didn’t … She came from where they lick plates.” It’s the true story of a rebellious family trapped inside the black-hearted Soviet Union of the 1960s, and it has the power of lyric poetry combined with the heft of a Russian classic, yet it comes in at exactly 300 pages, the ideal length for most stories, if you ask me.

Unless we’re talking about short stories, which, in the case of Jackie Kay, we are. Though one of Kay’s previous books (“Why Don’t You Stop Talking?”) has an even better title than “Reality, Reality,” her writing has never been sharper or more intimate. This wonder-writer, born in Nigeria, raised in Scotland by white, communist parents, is not nearly well enough known in the United States. Get to know her. It’s worth it for the slang alone. Also, she will break your heart.

The same might be said of Shalom Auslander’s “Hope: A Tragedy,” but in his case, you’ll want to make sure your stomach muscles are in good shape before you crack the spine of the novel. I have never laughed as hard at anything (not even at Sacha Baron Cohen) as I have at this darkly nervy tale of a man in upstate New York named Solomon Kugel who discovers that the aged Anne Frank is living in his attic. Again, it might help to know an earlier Auslander title: “Foreskin’s Lament.” Think about it.

Another novel set in upstate New York but in a completely different tenor is Lauren Groff’s “Arcadia.” Implied in the very word “Arcadia,” of course, is the suggestion of its opposite, which might be called Purgatory. Groff is equally adept at evoking the glow of Arcadia (the idyllic period of the central characters’ lives on a pastoral commune) and the burn of Hades when the bucolic life turns out to be anything but. As she proved in “The Monsters of Templeton,” Groff is that rare writer who can pull off gloriously sensuous prose and cracking characterization at the same time.

But if you want something genuinely otherworldly to escape into (that literally does involve a beach), try Colin Coterrill’s “Grandad, There’s a Head on the Beach.” Set in the Gulf of Siam, this is the second in a series sporting a girl detective named Jimm Juree. The plot gets rolling with the vital question of whom to turn to when you wake up in the morning at your resort to find, yes, a severed cranium on the beach. What follows, besides murder, is piracy, slavery, explosives, naked policemen, thieving monkeys, and almost equal dollops of delicious food and droll humor. It’s a wacky combo that works.

And finally, what is perhaps the most fun reference book of all time as well as the only doorstop-sized volume I have ever truly loved: John Sutherland’s “Lives of the Novelists.” He begins with John Bunyan, born in 1628, and ends with Rana Dasgupta, born in 1971. (And trust me, you do want to know who Rana D. is, and you’ll want to read his novel “Solo.”) Sutherland’s tome is sub-titled “A history of fiction in 294 lives,” which might lead you to believe that he treats his subjects with reverence. A quick flip to the William Faulkner chapter, at approximately the halfway mark, will disabuse you of this notion. No matter how madly in love a given reader might be with Faulkner’s fiction, that same reader will come away from Sutherland’s biographical entry convinced that the man was a crackpot with a silver plate in his skull.

Sometimes fantasies need to be defused.