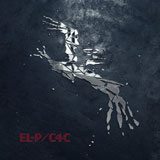 Five years after his last album, El Producto has leapt back into music with two major releases. Cancer 4 Cure is the new solo album, but just one week prior to its release, Killer Mike had dropped R.A.P. Music, entirely produced by El-P. Cure is a solid album, a frenzied and jittery caffeine shot that transcends compartmentalization. Gone is the sneering sci-fi otherworldliness and superiority of the Indie Rap Inc. wunderkind; this is just great hip-hop. The opening shot of the mostly instrumental “Request Denied” and the previously released singles “The Full Retard” and “Drones Over Bklyn” ensure this record will stay in rotation. That Mike’s Music so easily trumps this is an incredible feat. El-P summons Public Enemy’s Bomb Squad production to match Mike’s political monologues, for what will prove to be one of the year’s best. Buy both and play ’em like the end-to-end burners they are.