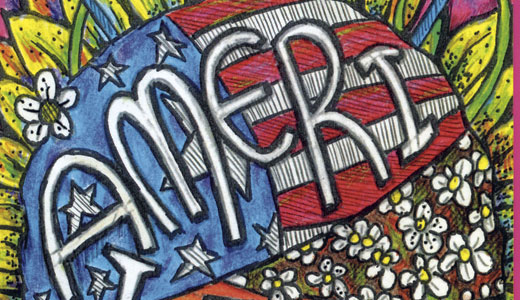 Former Louisville resident and LEO contributor Sarah Ivens has produced a shelf full of how-to books — but here is the memoir where she shares how she found her own way through life.

Bottom line: This book is a pastiche, but from an expert in quick-witted modern magazine writing who was ready to sit down and open her heart on the page. As she’ll tell you, what matters isn’t the destination — it’s the journey before arriving there.

Except, that is, when it isn’t.

As suggested by the subtitle, “Good Things Come to Those Who Can’t Wait,” the author wants to have her cake and eat it, too. The British-born-and-raised Ivens works hard at being a disarming writer. In the early chapters, this is accomplished by alternating litanies of tossed-off memories of life amid the most celebrated of pop celebrities (“impersonating London cabbies in a spontaneous comedy skit designed to amuse a bored-looking George Clooney at a Golden Globes party”) with vignettes that show that she always retained her humility. Upon meeting some of the sensational goals set by the demanding standards of New York publishers, Ivens found herself looking for more personal fulfillment. This takes up most of “Amerikarma.”

Much to the author’s credit, she doesn’t pump up the dramatic possibilities of a turn toward being a seeker of truth (à la “Eat Pray Love”). Ivens brings us into her processes for securing her choices among the potential spiritual, familial and romantic comforts of life. Her choices are reassuringly close to the everyday, but the resulting adventures have enough novelty, verve and challenge to cast an entertaining and revealing light.

Ivens marries a rediscovered boyfriend and settles in Kentucky. She doesn’t have a lot to say about her time here, though it’s clear she found the people nice and supportive, once she learned to keep away from the more extreme redneck elements. This section of the book seems like a lost opportunity to share additional personal insight — after all, she left behind Sharon Stone and Elton John for life in Louisville. Instead, the narrative is soon on its way around the Pacific Rim. Facing up to classic thirtysomething trials — grief at familial loss, anxieties over starting a family — Ivens and her husband, Russ, take a long sojourn that sees them living vagabond style in all manner of accommodations, from the most horrid of hostels to quintessential luxury.

There’s a lot of travel through southeast Asia in this book. The author partially funded the trip by writing for travel magazines, so this section is more detailed than earlier and later sections, which are more purely memoir. But even as the reading experience threatens to drag on the way to Komodo Island (sorry — pun intended), Ivens quickly finds her footing by openly sharing the fears and doubts that remain even after the trip has added maturity to her viewpoint and strength to her marital bonds. Still left to face upon the couple’s return to America is the specter of possible infertility, which forms a heart-wrenching rollercoaster of a final act to this story.