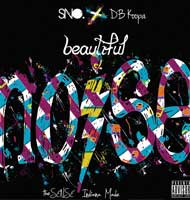 I was recently asked why I don’t automatically love all local releases, regardless of quality, just because they’re from the same region as me. Albums like this justify my reasoning perfectly. Here’s an album by a local Southern Indiana native, still in college — an album of national quality, and trumping a good deal of major label releases. As earlier mixtapes have implied, a good deal of his influence is early ’90s Rap-A-Lot Records-era Southern rap, with solid songwriting, a fairly diverse range of topics, and a voice tailor-made for his production. It’s hard to pick a highlight, as the whole record stays at the same high level, though his features are not. “Hold You Down” and “My People” are solid starting points, mellow and telling. If SNO. plays his cards right, this album could take him far.