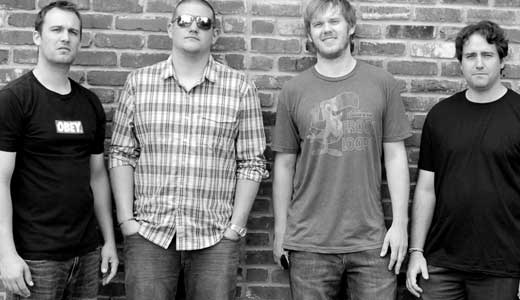 Juggling two bands is strictly for the insane. The pain, stress, joy and rigors of a single band is already more than the average person could handle. Why one would subject himself to double the load only goes to something clinical. Derek Monyhan, of Villebillies and now Gentlemen Hounds, loosened the straightjacket long enough for a quick conversation. The debut Gentlemen Hounds album, That Noise, dropped this week.

LEO: How did Gentlemen Hounds get together?

Derek Monyhan: It started out with (guitarist) Andy Crompton getting me a job where he worked. We knew each other a little, but when we started working together, we started talking music and we were on the same page. I asked him if he wanted to start a band like the Black Keys meets Bob Dylan. He said he was down, and we went from there.

LEO: What made you want to start a new band?

DM: At the time, I had left the Villebillies. After 10 years, I just got burned out and wasn’t having fun. I didn’t plan on starting anything new but, after a few months, I started getting the creative itch.

LEO: How will you tour it? Package it as the whole crew and put on different hats?

DM: We played one show where Gentlemen Hounds opened for Villebillies, and it almost killed me! Both bands are high energy, so doing both side by side would be tough. If we get to a point where both bands are hitting the road, I’ll need a clone.

LEO: Was it a conscious decision to veer into rock territory? Was there a song or event that caused the shift?

DM: Never a decision, but looking back, I would say two things made me venture into singing. The first was that, in my early 20s, I really got into Bob Dylan. I wanted to start doing stuff like his — and it showed me that you don’t have to be a great singer as long as you write from the heart and put everything you have into the songs. I also learned a lot from working with (Villebillies singer) Demi (Demaree) about singing, and gradually my confidence grew.