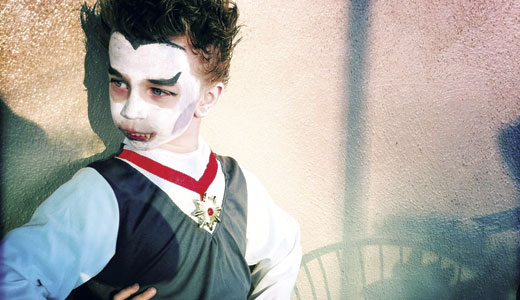 This year, after 113 years in business, Kodak Eastman closed its doors and filed for bankruptcy. Sam Grobart, personal technology editor of The New York Times, summed up its demise by saying, “Kodak traditionally covered the low end of the market, and that’s precisely the place a smart phone could replace an inexpensive camera.” Photographer, professor and all around photophile Mitch Eckert sees this as a positive development and, to support that claim, has composed a collection of photographs now on display at the 930 Art Center.

Eckert likes his iPhone and admits that always having it on hand has changed the way he photographs. He attributes the 1,700 photos currently on the gadget to its unprecedented inconspicuousness, convenience and fairly high image quality. He believes phone photos are legitimate photos, worthy of being printed, contemplated and displayed in a gallery setting. On view are 101 of his snapshots, along with submissions from a long list of other “phoneographers.”

In Eckert’s photostream, one comes to see how his eye and phone work together, capturing barstools, shop windows, family and travel snapshots, and some more carefully composed still-lifes — like a photographer’s sketchbook. The most memorable photographs are colorful and intimate and show Eckert’s hand in orchestrating the composition; a close-up shot of a little boy enthusiastically dressed up as a vampire, an abandoned roadside radio station the size of a toll booth, and, one of my favorites, a note pinned under a glass of whiskey that reads, “Saw a full body apparition last night, left this whiskey out to appease, will have details tomorrow.”

Interestingly, the subjects of Eckert’s photographs are similar to those submitted by other photographers. They are the Greek chorus to his work — echoing and highlighting repeating motifs of sunsets, signs, snapshots of kids. My favorites featured long shots of people on a camping trip, not because they were particularly professional looking, but precisely because they were compositionally naïve and make me nostalgic for the far away shots of unlearned photographic enthusiasts of generations before us, clicking away on their Brownies or Instamatics.

This show represents a visual journal of the strands of inspiration that have come together for Eckert since transitioning from traditional camera to iPhone. While I struggled to draw new insights from the work, Eckert has clearly accomplished his goal of proving that quality, beautiful photographs can be taken on a phone camera — precisely the conclusion Kodak was forced to make earlier this year.