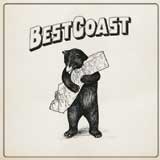 Well, folks, she’s all grown up. Bethany Cosentino, the California-based, sun-loving songwriter best known for songs about cats, boys and weed, is taking her sophomore release to the next level of maturity — except she’s still singing about mood swings and gossip (“Better Girl”) and goofing off at the beach (“The Only Place”). OK, so her lyrics are still shallow, but Cosentino’s ability to write insanely catchy melodies is intact, even enhanced, thanks to producer Jon Brion (Fiona Apple, Kanye West). Cosentino and bassist/drummer Bobb Bruno sound clear and present, bringing a sort of in-your-face pop mastery that gets better with each listen. But with Cosentino’s attempted maturation, we’re stuck with a few duds, like “Do You Still Love Me Like You Used To,” which isn’t only tedious and grating, but, like a nagging partner, is annoying as hell.