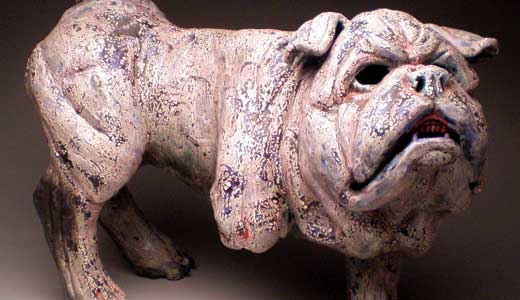 Cathedral of the Assumption

Some like ’em sweet, others salty. Some like ’em cold, others melty. Some like ’em in their mouth, others … wait, what am I talking about? Oh yeah! Desserts! I love them all and prefer to eat them before, after and during my meal. In my book, ice cream trumps pie, and fruit and vegetables are frowned upon. But luckily, I don’t make the rules. You can get your dessert how you like it at the 24th annual Desserts! Desserts! Festival Friday afternoon at the Cathedral of the Assumption. More than 70 local pastry chefs and caterers donated their decadent creations for this event, which benefits the House of Ruth, an organization that helps those living with HIV/AIDS. Calories don’t count when you consume chocolate for a good cause! —Sara Havens

One of this city’s best assets is its unique neighborhoods, and nothing will spark righteous indignation quite like having to defend one’s beloved turf: “Germantown isn’t dirty, it’s gritty.” “Panera did not mark the downfall of the Highlands.” “There’s more to the South End than Vietnam Kitchen.” Rather than spar over whose nabe reigns supreme, let’s celebrate all of Louisville’s eclectic nooks and crannies at the Grassroots Gala (a fancy name for a kick-ass block party). Sponsored by the Center for Neighborhoods, the event will feature food trucks, neighborhood association booths, “Keep Louisville Weird” raffles and live music, with the legendary King Kong headlining. There will also be a “Down and Dirty” activity area for kids and a beer garden for the grown-ups. Cheers, neighbors! —Sarah Kelley

Local author Patrick Wensink has created a character some of us barflies can relate to — a guy who is actually more productive while he’s drunk! In his third book, “Broken Piano for President,” Wensink follows the crazy life of Deshler Dean, a hero who usually can’t remember all the good deeds he’s done in the morning. Wensink is hosting a reading, signing and drinking game (for real!) Friday at Second Story Books. He recently got back from a book signing in Portland, Ore., which he described as “a smash — pun sorta intended.” Wensink wanted to celebrate the motivation of his character while also taking a boring book signing up a notch. “I know book readings are much like appendectomies — they’re painful until they are over and you can get a drink.” —Sara Havens

Promoters Cropped Out and The Other Side of Life, facilitators of some of Louisville’s most adventurous shows, brings this multi-band bill to the Mag Bar. From Massachusetts there’s Banditas (of Boston) and Bunny’s a Swine (of Northampton), who are on tour together, as college is done for another year. From Louisville, Reading Group and Supertruck (it’s unknown whether members of either band went to college, though Reading Group’s name suggests a Harvard-snob band of book learners). If you like raucous rock, indie pop and punky bruisin’, this bar is where you’ll want to be, tonight more than usual. Also notable: There will be a surprisingly healthy balance of both men and women in these four bands, so here’s a rare chance to see something like equality in action, without having to endure any marches, rallies or occupations. —Peter Berkowitz

Theatre [502], a local initiative that chooses contemporary plays expressly for the Louisville drama scene, has unveiled the three productions that’ll make up its sophomore season. “Futura” by Jordan Harrison will run June 1-9. It is a dystopian thriller and every writer’s nightmare — the author loses authority when his paper is absorbed by a mysterious entity known as “The Cloud.” From Aug. 3-11, the company will put on Rajiv Joseph’s “Gruesome Playground Injuries,” which examines the agonizing and over-the-hill romance of Kayleen and Doug, two elementary school sweethearts. Annie Baker’s “The Aliens,” which deals with being an outsider to life, the universe and everything, runs Oct. 5-13. While none of the works are set in Louisville, they all deal with issues and events that plague and please the modern world. —Simon Isham

‘Along the Ohio River’

Most of us Louisville city folk view the Ohio River from that large patch of green grass known as Waterfront Park. Yet the mighty Ohio stretches 981 miles from Pennsylvania to Illinois. The Plein Air Painters of Kentucky, those artists who love to paint outdoors, stretched out from Louisville a bit. Although the 25 painters didn’t go out of our general region, the works include scenes from Madison, Ind., Otter Creek in Meade County, Ky., as well as throughout the Louisville area. “(It’s) probably one of the best exhibits yet of plein air work,” gallery owner and plein air painter Jane Morgan says, “because it is so strong and colorful and has wonderful compositions of the river and its surrounding.” —Jo Anne Triplett

Have you ever wondered what breed that weird-looking mutt you brought home really was? You can get Fido DNA tested at the 18th annual Waggin’ Trail, a Kentucky Humane Society fundraiser. If you arrive by 8 a.m., you can register to run with him in a 5K (which kicks off at 9). If you’d rather move at a slower pace, there’s a 1-mile walk that begins at 10 a.m. After exercising with your buddy, you can get him micro-chipped for $25 and check out the tons of other animal merch offered. All animal-lovers are invited to this paw-ty (see what I did there?), so even if you don’t have a dog, you can join the fanfare. Of course, if you are on the market for a furry friend, there will be an Adoption Option Pet Parade at noon. —Simon Isham

If you’re not in the 1 percent, chances are your bank account won’t allow for a summer trot around the globe. Lucky for you, the 22nd annual Americana World Festival will once again bring worldly culture to the Beechmont neighborhood. The free, family-friendly event will feature Burundian drummers, a Bollywood dance troupe, face painting, and international food and crafts galore. The Americana Community Center, which hosts this event, is a nonprofit that works with individuals and families from nearly 90 countries. Not only does this day allow some of our neighbors to showcase their heritage, it gives us a chance to learn a thing or two. Win, win. Also, there’s a raffle with a $500 cash prize. Bonus win. —Anne Marshall

Shadows Fall is probably the world’s best-known Rastafari-influenced metal band from Massachusetts we can think of right offhand; actually, they might be the best known in the world! Though singer Brian Fair’s swinging dreads might suggest otherwise, their progressive power metal isn’t very reggae-sounding at all. It’s lyrically where the inspiration comes. They’ve been rewarded with Grammy nominations and Billboard chart appearances for their ability to balance accessible melodies with more typically metallic anger and thrash, and their latest album, Fire from the Sky, is the seventh in 15 years for the mostly stable band. With the perhaps more interestingly named Trumpet the Harlot, Howitzer, and IIATTATIME. —Peter Berkowitz

You had me at aliens. “Aliens, Bulldogs & Snow Globes” is an exhibition that’s both humorous and serious. The show features work by 21 artists, including Alice Stone, Brian Somerville and Ezra Kellerman. “(The exhibition) is a linked chain of low-brow words stuck together,” says curator Nick Hartman. “However, it’s also the name of a tongue-in-cheek art show with slightly irreverent subject matter. And that’s the point; the title lets you know it showcases all of the aforementioned things, but it also brings youth and fun back to what we’re doing, which is showcasing Louisville’s artistic wit. (It’s) about … challenging the assumptions of what art is about today, (with) well-crafted and technically excellent artwork.” —Jo Anne Triplett

Some of the most magical things about baseball are the stadiums in which the game is played; history is made at these places, as generations of fans move through the gates each summer, sharing experiences, making memories and enjoying the storied game. The Louisville Slugger Museum hopes to recapture some of those legendary ballparks with the exhibit “Ballparks: From Classic Cathedrals to Concrete Donuts.” The works of renowned sports photographer Jim Dow anchor the exhibit, with items from the National Baseball Hall of Fame also on display, vintage pennants, and a bat used by Roger Maris during his historic 1961 season with the New York Yankees. It’s summertime — what else would you be doing besides thinking about baseball? —Kevin Gibson