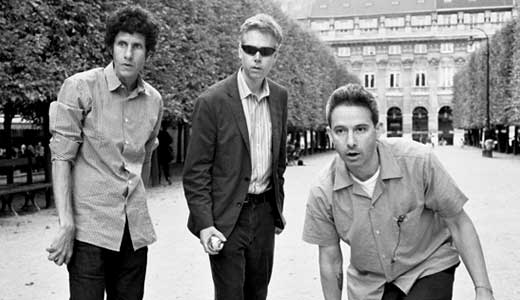 When I was a young white boy, I hated the Beastie Boys.

In 1986, as their first album, Licensed to Ill, conquered the suburban world, the popular and/or stupid kids all around me constantly quoted them and tried to act as we saw them on MTV: drunk, crude and aggressive. They seemed no different to me than Mötley Crüe or Spuds MacKenzie.

Today, even a casual observer might know they evolved into a unique and genre-defying live band, and global ambassadors for freedom and tolerance. That first album was originally supposed to be titled Don’t Be a Faggot — and no one more than the Beasties themselves were glad, in hindsight, that their corporate bosses denied this juvenile notion. The trio came so far in their 30 years that one must imagine Snooki, at 50, as an internationally beloved poet, philosopher and our nation’s first female president, to fully comprehend what the Boys — Michael “Mike D” Diamond, Adam “Ad-Rock” Horovitz, and Adam “MCA” Yauch, who died last Friday — accomplished together.

Their initial success had led these well-educated sons of New York artists and teachers to forget that the frat boys they had become were not who they really were. The group, which began as a punk rock band before morphing into rappers, picked up their instruments again and started playing all the different music they loved: everything from punk to funk, pop to jazz, hip-hop to dub. Though their second album, Paul’s Boutique, was largely ignored in 1989, seen as a hitless attempt by a novelty act, it’s seen by many today as a defining, influential work.

Their third, Check Your Head, in 1992, was the album that, in many ways, changed my life. An unprecedented mélange of many different styles bouncing off each other while working together to create something entirely new, it opened my mind to the possibilities it presented. I read their liner notes and every interview to trace their inspirations to the sources, learning more about different cultures, from Jamaica to Japan, in the process. Their playful, subversive sense of humor restored, they started a record label and a magazine, both called Grand Royal, which furthered their view of the world as a big playground full of ideas and inspirations.

As Check and its even more popular follow-up, Ill Communication, took their place in popular culture, their success helped insecure college-aged me see that one can be successful doing what one enjoys, and thinks is right, even when others are telling us to do what we used to do, or what makes more sense on paper. Their apologies for past mistakes confirmed that I had been right to hate them, at the time, and was right to love them now.

Yauch, the oldest, was always the seeker, the George Harrison of the group. His yearnings and wanderings led to his embrace of Buddhism, which led to his work on behalf of Tibetan refugees, which led to meeting his wife, with whom he had a daughter. In his later years, he spoke out against war, and against stereotyping Muslims. He also, notably, rapped about respecting others and finding peace within.

When Yauch was diagnosed with cancer in 2009, at 44, it seemed unlikely that this mid-life scare could be more than that. But I have a friend a little under that age who has been fighting the same battle, and he, too, is one of the kindest, most gracious people I’ve ever encountered. This all makes me want to be more of an asshole, so I can live as long as Dick Cheney.