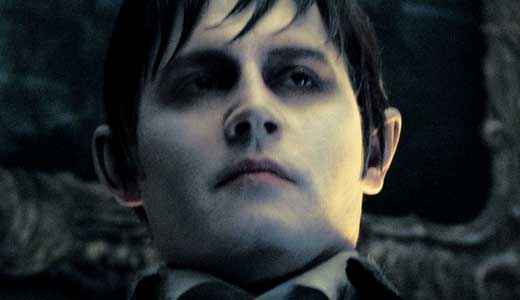 They don’t make Tim Burton films like they used to — or maybe they do, and that’s the problem. Despite retaining A-list status during a career that’s endured for almost 30 years, the producer/director’s movies dropped from standout to just OK sometime near the turn of the century.

The once-stunning screen presences of regulars like Johnny Depp and Helena Bonham Carter have become predictably oddball, and for some time now, Burton’s offerings have been nice to look at but don’t quite approach those early titles: touchstones for those of us who grew up in the ’80s and ’90s watching “Pee Wee’s Big Adventure,” “Edward Scissorhands,” “Beetlejuice” and so many others.

“Dark Shadows,” a retelling of ABC’s spooky soap from the late ’60s, is Team Burton’s latest, and it would seem a majority of critics have developed a high tolerance for this coven’s brand of sorcery. Negative reviews have ranged from lukewarm to corpse-like cold. Some of the film’s tricks do feel a bit musty — Depp once again dons heavy, white face paint, gawky sunglasses and claw-like fingers. But, despite this, that old, Burton magic generally succeeds in weaving its spell.

Though not a return to the director’s 1990s form, “Dark Shadows” does have its share of fun. It trails a fish-out-of-water Barnabus Collins (Depp) as he feels his way around a small, Maine fishing village in 1970 — this after 200 years locked in a casket. Mild yucks are had as this blood-thirsty Van Winkle deciphers lava lamps, macramé and Karen Carpenter lyrics. But the richest gags occur when the reluctant vampire faces Angelique Bouchard (Eva Green), the scorned lover and witch who had Barnabus deep-sixed by a torch-wielding mob all those moons ago.

Angelique, and the actress who plays her, make for a magnificent monster. Green last caught eyes as a Bond Girl in “Casino Royale” and has no problem with the physicality of this role. She also fits right in with a line of beguiling, Burton females who somehow tempt as they repel, who can amuse while also giving us the heebie-jeebies. The love/hate chemistry between Green and Depp is ecstatic and gives this old troupe a quenching taste of new blood. This culminates in love scenes (“combat scenes” is more like it), where Barnabus and Angelique tear each other — and the beautiful props around them — into tatters.

Some of what makes Angelique so good is one of the top art departments and visual effects crews in the business. Burton’s longtime collaborators, production designer Rick Heinrichs and costume designer Colleen Atwood, wrap Green in a porcelain shell that stretches like elastic at times and cracks like an egg at others.

Casual Burton and Depp fans may feel like they’ve seen this one before, but die-hards will delight in the film’s charmingly creepy-crawly atmosphere, feel-good ’70s jams (complete with Alice Cooper cameo), and watching old friends doing what they do best.