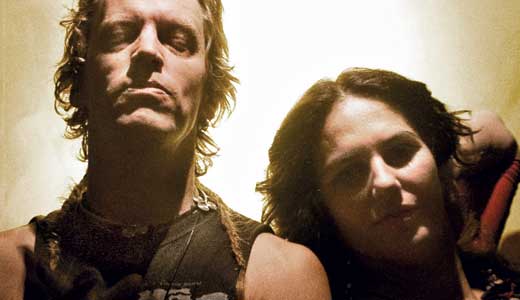 Some bands develop a special relationship with Louisville as they tour and tour again around this great nation. From the V-Roys and the Features to Faun Fables, friendships are formed and tours become routed around seeing Possibility City yet again. Faun Fables, the Oakland-based underground gypsy carnival “songtelling” group led by singer Dawn McCarthy and guitarist/partner Nils Frykdahl, is so confident in the fanbase they’ve established, they’re playing here on Derby night.

McCarthy may be best known for her collaboration with a Louisvillian, Bonnie “Prince” Billy, singing with him on most of his 2006 album The Letting Go. “I’m going to be doing sort of a surprise, kind of a secret record in Nashville. And you’ll hear more about that in the months to come,” McCarthy tells LEO.

LEO: I do know from your website that it’s with Mr. “Prince” Billy.

Dawn McCarthy: Oh, did I say that on the website? (laughs) Oh, god! I wonder if he’s OK with that. OK, I’m not going to say anything else about it … but it doesn’t give out too much info, right?

LEO: It says it’s with him, and it’s for the holiday season. So, can I assume they’re holiday songs?

DM: You know, there is a song that is a holiday song … But that’s a good idea, just do a whole holiday record. People rake in cash doing those holiday releases, you know? (laughs) Man, maybe that’ll be the next one for me and him.

I’ve been interested in the idea of writing my own holiday Yule/Christmas songs. I have one that was on the Light of a Vaster Dark record called “O Mary” that combines the Virgin Mary character in the time of Christ’s birth with winter solstice and the sun returning, the whole connection of those traditions. I love all that kind of stuff, I love digging in, past the Christian stuff, and seeing the connections of the traditions, and how all the modern holidays we celebrate are shreds of much older stuff — it’s interesting how much of that is out of the mainstream knowledge right now, and hopefully will come back more in years to come. I’d love to just write a bunch of songs to help with that process.

In recent years, McCarthy and Frykdahl have started a family, raising two daughters, which led to another new form of songwriting early each day. “We have a good breakfast. We have our bells we ring, we sing our breakfast song,” she laughs. “It’s a time, too, when Nils is around, he works later in the evening — so it’s a family time when we can all hang out together, and we dance and jump around. The girls have a costume trunk. We play, and change diapers, wait for the morning poops to happen. It’s good fun!”

The family is also looking forward to touring together, “at least until kindergarten starts up.” Part of the current challenge for Faun Fables is to win over some new fans, as some of their audience have also started families and can’t go out as much anymore.

“I’m interested in working with that, and being able to have venues and shows that are really family-friendly. I’d like to explore that more. I don’t need to do more smoky bar/nightclub adult playgrounds (laughs) — that doesn’t work for me at all anymore. I’ve had enough! Twenty years of it. So, it’s meeting a new population, and that’s nice, too. It’s nice to have a chance to be fresh, for new people, again.”