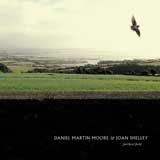 In everyday life, your friends grow day by day, and surprises are likely to be a new shirt or a bad haircut. For Moore and Shelley, both of whom have released two albums each as solo artists, this duo album is unexpected for a few reasons. Shelley’s latest album, produced by Moore, was released just last month. While both are also known for collaborations (Moore with Ben Sollee, Shelley with Cheyenne Marie Mize and Julia Purcell in Maiden Radio), this album’s existence begs comparisons to Mize’s collaborative work with Bonnie “Prince” Billy. Though both Moore and Shelley’s solo music is often lovely, neither has produced such stark, pastoral beauty as this before, reminiscent of some of the best British Isles folk of the early 1970s. When one needs an escape from everyday life, we recommend escaping to this Field.