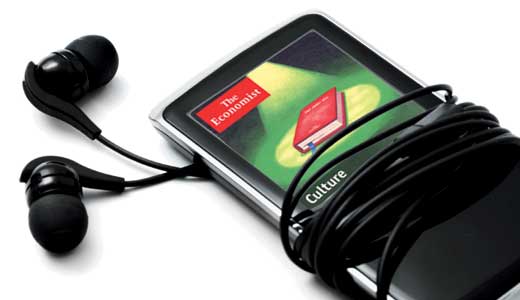 People keep asking me, “How in Sam Stinkin’ Hell do you have time to listen to all of these podcasts?”

No matter how often I explain that I am not just sitting on my duff as I listen (but instead am, at the very least, double-tasking — simultaneously folding laundry, cooking, walking dogs, driving, etc.), I can’t seem to get the point across.

But the real question is, “How in Sam Stinkin’ Hell do I have time both to listen to the podcasts and read all of the books I want to read?” Reading actually does require sitting on one’s duff.

And the answer is, for the most part, my duff-sitting time is devoted to reading fiction.

Yet I remain a huge fan of almost any kind of nonfiction that is not a memoir, a self-help book, or written by a right-wing Christian/Republican.

Basically what this means is that I love science and history covered by smart people, explained to the semi-ignorant, such as myself. However, as there is now so much of this kind of work published each month (Jonah Lehrer, anyone? Steven Pinker? Mary Roach?), trying to keep up with even half of the nonfiction I’m interested in would require reading all day, every day, with no sleep, ever.

This is where a podcast never fails to come in handy. Almost any time a great book of history, science, the history of science, or the science of history is released in the United States, you can pretty much count on its having been released even earlier abroad. This means you can count on being able to go to the prompt at the iTunes store and, after typing in the author’s name, finding several free podcasts that feature either an interview with the author in which he or she explains succinctly the central concepts of the book, does a reading from it, or defends it against a panel of contrarians. Sometimes all three in a single podcast.

Here is the sentence that stopped me in my tracks and sent me to iTunes: “The book certainly contains its share of juicy anecdotes and raunchy illustrations, like the photograph of a pewter platter onto which members of the Beggar’s Benison, an 18th-century men’s sex club, collectively ejaculated.”

WTF? I wanted to hear this guy talk about his research, and I definitely wanted to hear it in his accent, given that first and last name. So off I went to type his name into the prompt. Bingo! There he was, already in three podcasts, chiefly because the book was published in England in January but is being released here just this week. In another week, he’ll pop up in several more podcasts from this side of the pond.

But you won’t find better presentations of his material than in the “Economist Culture” or “IQ2” podcasts. Both of these ’casts deserve huge rounds of applause strictly for getting down to business, wasting no time with throat clearing, self-back-patting or announcements of upcoming wankathons. The “IQ2” ’cast is so to the point that the guest speakers are often not even introduced. They just start laying their stuff on the line.

First things first, though: Dabhoiwala does not have an Indian accent. He was born in England and educated in Amsterdam and at Oxford. He’s about as Indian-sounding as Christopher Hitchens — but so much more humble. And he has centuries of sexual shenanigans to share.

The “Economist Culture” podcast is new, having started only this year. Interviews are pithy, few lasting longer than 15 minutes. But “IQ2” is where it’s really happening. These presentations go all the way back to 2003, when podcasts barely had a presence on the Internet. You will find a world and whirlwind of topics covered, some argumentatively, some not, with most episodes lasting over an hour. My favorite forum title: “If you want fidelity, get a dog.” Then again, there is “Zionism today is the real enemy of the Jews.”

Go on, do it. Look up these two podcasts. It will add up to time well spent, even if you’re multi-tasking. One important word of warning: Do not confuse the British-hosted “Intelligence Squared” with the one done by NPR. The latter is a lame knockoff of the former, with debate topics such as, “Do Grandma’s benefits imperil Junior’s future?”

Much better to go after that pewter platter!