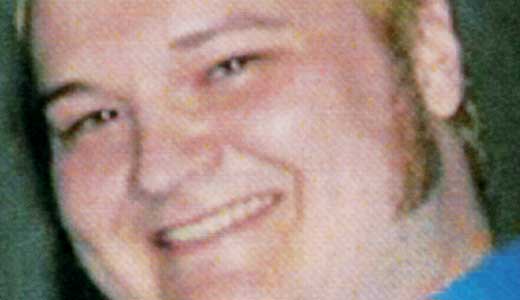 Enthusiasts of science fiction and fantasy will gather to feast on Hollywood actors and special effects masters, artists, authors, displays, lectures and behind-the-scenes movie features as WonderFest, the nation’s largest sci-fi hobbyist expo, returns for its 23rd year this weekend at the Crowne Plaza Hotel.

Attendees can hobnob with a “Blade Runner” actor, a star of Rob Zombie’s horror flicks, the leading lady from “Creature from the Black Lagoon,” and the designers of recent “Battlestar Galactica” and “Star Trek” sci-fi hits. In addition, comic book artist/inker Jay Leisten joins the guest list after having been a frequent visitor while growing up.

Leisten took some time last week to answer a few burning questions leading up to WonderFest.

LEO: I’m told you’re a Louisvillian. True?
Jay Leisten: I am! Raised on the mean streets of Kingsley just off Bardstown Road and Taylorsville Road.

LEO: How did you manage to get into comic book inking and illustration? Did you draw one of those pirates from a magazine ad?
JL: I actually was lucky enough to have an understanding boss over at Mindel, Scott & Associates who gave me a flexible schedule at my day job doing landscape-planning illustrations while I moonlighted early on. After I’d worked up the nerve, I moved to L.A. to take an internship at Top Cow (Productions), and just kept getting work after that.

LEO: What has been your favorite character to draw or ink?
JL: I always used to say Wolverine, as I really enjoyed all the fur and grit, but after working on some new techniques, I’ve grown fond of Collosus, or as we call his current incarnation as the Juggernaut, Juggalossus.

LEO: What has been your most challenging work to draw or ink?
JL: It’s hard to say for sure. I tend to work with the more artist-oriented pencillers in comics, and they always have a more abstract, less traditional approach to things, so I’m always having to come up with new ways of doing things.

LEO: Who is your favorite graphic novel artist?
JL: Hmm, as artists go, I’m always inspired by a guy like Sean Murphy. From a more traditional perspective in terms of what I liked as a kid, they were guys like Al Williamson, Alex Raymond, Neal Adams and Frank Frazetta.

LEO: Do you ever do fun behind-the-scenes stuff like inking a tutu on Spider-Man or drawing Batman in a fight with your boss?
JL: Ha! I usually sneak friends of mine into the backgrounds having horrible things happen to them. My buddy Kevin Townson is my primary target for those.

LEO: How would you describe the WonderFest crowd? Do you think we might see Sheldon Cooper from “The Big Bang Theory” there?
JL: There’s certainly guys like that. For the most part, as someone who attended the show as a kid, and now returning on the other side of the tables, I find that most of the people attending are passionate about their hobby, not unlike a baseball or football fan. Some are truly obsessed with the mediums, but at the heart of it, aren’t we all at this point?