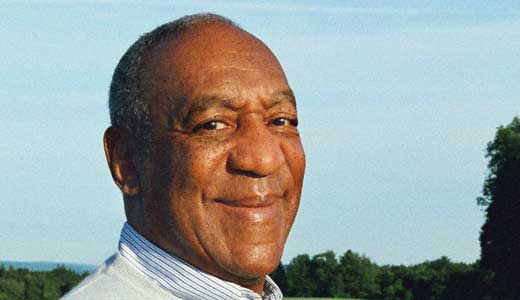 Pudding pops. Sweaters. Based on the reactions of some of the people I talked to about interviewing Bill Cosby — America’s dad, the savior of the sitcom, bestselling author and failed movie star — these are the things they first associate with the man who prefers to be called “Mr. Cosby,” even though, technically, he is Dr. William H. Cosby Jr., holder of a doctorate in education, and a trailblazer not only in entertainment but in all of modern American life.

In 1983, he released a landmark concert film called “Bill Cosby, Himself,” which defined his legacy as our greatest storytelling comedian. He recently discussed his approach to comedy, noting that he was willing to go out of his way to help sell tickets for this tour, as the economy was hurting advance sales. LEO was thrilled to have the chance to speak with the legend.

LEO: So, why should people come to your show?
Bill Cosby: (deadpan) I have no idea. (I laugh). Now, you have to write all this stuff down, you know, because it might be funny. I’m not gonna go through anything except: I know I’m good — that’s first of all. I know I’m a master at what I do. No. 3, I’m a performance … funny man. A storyteller.

Mr. Cosby then told a long, random story about a man who approached him on the street, laughing. The man said, “I’m not alone,” then continued walking. Mr. Cosby got in his car and was driven away. At a traffic light, he saw the man, still walking and laughing. The encounter stuck with him.

BC: I recently played a hall in Carmel, Ind. That’s “car-mul,” not “car-mell.” The driver turned to me about halfwa

y through our drive to the airport and said to me, “I was listening to you work while I waited for you. How many people are in your show?” I said, “It’s just me!” He said, “Well, it sounds like four or five people are up there.” So that’s a part of the performance. I don’t do voices anymore. I may do attitudes, or I do characters … I do what I’ve seen, and what I imagine. I’m my own editor, my own director, my own writer. And I’m aiming to make people feel comfortable.

Mr. Cosby then asked if I would hold for a minute. I said yes, wondering if he would return.

I know what I’m going to do the last 10 minutes before going on, but once I get out there, I know what I want done. And that is for people to feel, as they leave, exactly what I told you before. Because I often wondered, in the beginning, the first 20 years of my career — maybe the first 30 — it became a question with comedians, that if a comedian, man or woman, goes on stage and they do rock-sock and people are laughin’, how they don’t have a shelf life that a funny play would have. That a funny play could come to town and play with, let’s say a star, who … could do that funny play, and it would be sold out! For a whole week! Why can’t a comedian who gets 50 times the laughs do the same kind of business? And I figured that the reason would be because there’s no performance, so to speak.

Comedians come up and they start talking and they, you know, do this and, “Why does the chicken cross the road to get to the other side hohohaha.” I’ve had people come to me after 30, 40 years — “We saw you in 1973 and we laughed so hard!” and then they start telling me about the damage it did to them — which may be the reason they didn’t come back — but they were laughing so hard and their sides were burning and their face was hurting, and I’m thinking, “And when did you see me again?” “Well, I think this is the second time.” How come you can’t remember? What is it that didn’t bring you back? … I decided 30 years ago, “OK, we’re gonna start forming and making these stories longer, and fitting characters in, so that there are things they will really and truly get to want to see and hear, just like a play.”

LEO: There have been so few comedians who have followed in that tradition. You’re kind of alone out there.
BC: (ruefully) Yeah.

LEO: Why do you think that is?
BC: Well, I think — look, it’s like the argument, “Can you teach comedy?” And the answer is, “Yes.” And then a big (roaring sound), “You can’t do that!” No, no, no — you’re talking about the people who can play Carnegie Hall. I’m talking about the ones you can sit in a classroom and you can teach them. Just like pianists who don’t make it to Carnegie Hall. You’ve got levels of people who can take lessons, learn, understand — but then it takes the special ones. And comedians are, many times, similar because it is show business … they’ll have a one-hit joke, or whatever, and never get another one … And I think there are more comedians than ever before because all these little clubs are around, and the source of entertainment is not necessarily “clean comedy.” It’s sort of like, “OK, people are ashamed, and putting their hands up to their mouths in embarrassment.” To just flat-out laughing out loud at the profanity and whatever, so there’s that level, which I sort of put not at … “burlesque” is not the word … yeah, burlesque! That’s burlesque comedy. Where you can actually say the curse words, for that reason. And until it was made legal, they couldn’t do it. Poor Lenny Bruce.

LEO: Don’t you think there’s been some merit to the ways George Carlin and Richard Pryor were able to use that language?
BC: OK, now, so that’s two (laughs).
LEO: Right.
BC: And they were vanguard. They were vanguard. Then came people who just heard that they could now curse. (Mr. Cosby sings a vampy fanfare).

LEO: Like you said, it’s a form of burlesque. It’s a different style of entertainment for a different crowd.
BC: Yeah! Yeah!

LEO: And you think it sets comedy back as an art form?
BC: No. No. The art form is unto itself. There are great performers who can say those words and they have the material to match. And they’re wonderful. I don’t name them. And then there are others who will always be at that level, where the guy walks out and says, “Do 15 minutes,” and they come out and they curse (laughs). “And now, ladies and gentlemen, we have a strong line-up of professional cursers …” And that’s entertainment!

Mr. Cosby then spent eight minutes teaching me more about how to be a good comedian, a lesson I will always treasure, if not necessarily use professionally.