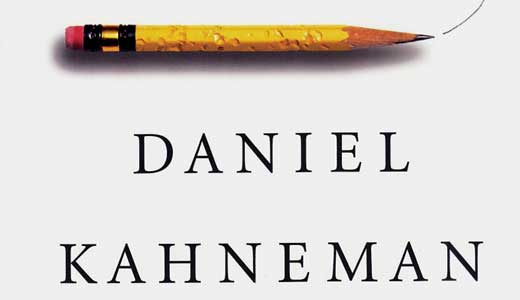 Since the time of Aristotle, we’ve tended to think of ourselves as fundamentally rational. The world we’ve built over the millennia proves it — we make good choices, we think things out, we plan, we succeed. There are even figures in history who excel — the great leaders, artists and entrepreneurs who shine for being extraordinary, gifted and possessing genius.

It comes as a great shock to learn that, according to neuroscience, we are not all that rational after all. In fact, we typically make poor, even disastrous, decisions. We are naturally disposed to uninformed, snap judgments and faulty logic. All those geniuses? It turns out a lot of success is luck, nothing more.

It’s troubling to realize that the pillars of our world are built on a combination of infrequent luck and abundant errors, but this is the view of Daniel Kahneman, winner of the Nobel Prize in economics, in the astounding “Thinking, Fast and Slow.” As a psychologist, Kahneman has spent most of his life studying this apparent irrationality in the very structure of the human brain. In the course of the book, he frequently admits to doubts about his own undependable thinking.

The root of the problem is the dual nature of our brains. The first section of the book sets up Kahneman’s terminology of the brain’s functions, which fall into two distinctive parts he terms System 1 and System 2. System 1 represents our intuitive, unconscious mind, which acts and interprets the world in a flash, and is largely automatic. System 2, in contrast, is slower, a processing port that deliberates on the information that comes through System 1. In short, System 1 instantaneously reacts to a threat, but System 2 does algebraic equations.

So far, so good. But the fact that this machinery evolved in response to our living in jungles that were full of predators that we had to respond to instantly — as in the “fight or flight” response — means the system is not as efficient in a complex, technological society of financial institutions and diplomacy. First, System 1 is entirely unreliable in its drafting of reality. Secondly, System 2 is “lazy” and tires easily, deferring to the unreliable System 1. It’s a real bind.

This makes for uncomfortable reading. Detailed examples of experimental findings abound, each of which draws your attention to the fact that you don’t really know that you don’t know what you’re doing. The examples — how judges make poor decisions in sentencing, how financial “experts” make huge mistakes with other people’s money, or how governments enact uninformed, illogical legislation — show time and time again that the implications are perilous. At least our current woes are put in some kind of perspective.

At the same time, you can begin to recognize the breakdown of your own systematic thinking. Kahneman offers some hope in the form of brief statements at the end of each chapter that are designed to increase one’s awareness of how our brains process reality. In all, this is a liberating tome, one that allows us each, at the very least, to forgive ourselves for our genetic stupidity. So what to do about it? Read the book. Then be diligent in paying attention to your own, inevitable flaws.