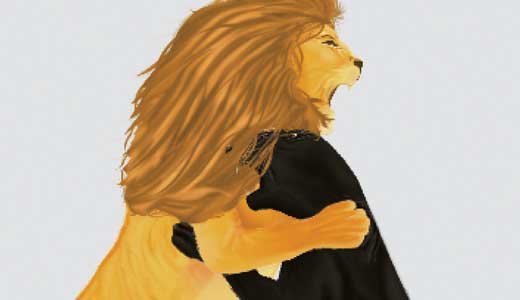 Tolstoy succinctly captured the essence of so much great fiction with the observation, “All happy families resemble one another; every unhappy family is unhappy in its own way.” And though the families in Tania James’ fiction can often find similar capacities for tender connectedness, they are their own people, often enduring some novel oddities that add unexpected weight to the more mundane trials of life.

Right out of the gate, James’ career has had great success, with her 2009 debut novel “Atlas of Unknowns” being named a New York Times Editor’s Choice and receiving numerous other accolades. Now the Louisville-raised author has nine stories under one cover with her new collection “Aerogrammes,” which she’ll be signing at an appearance at Carmichael’s next Wednesday.

The privilege of issuing a short-story collection wasn’t a reward for a novel well-sold, though, as James tells LEO. “I sold both books at the same time. I knew this book would be coming second. Some of these (stories) are seven years old. I wrote the first back in graduate school. So it’s kind of been brewing for a long time. But then once the novel came out and I returned to the collection and was re-reading it — and this sort of thing happens when you give a story some time to sit and then you come back to it and see it with fresh eyes — I ended up throwing out half the stories. And writing new stories and rewriting — and rewriting the old stories.”

Among the so-changed-it’s-practically-new pieces is “Girl Marries Ghost,” which originally appeared as a series of pieces in The Courier-Journal. James remembers how the email request for a serialized story arrived a month before she was married, and the writing was influenced by “the maddening experience of wrangling a 400-person wedding.”

In a crowd like that, James’ sharp skills for observation would no doubt find fertile ground to spark her imagination. A story like “Escape Key” can have one character James can no doubt relate to — a writer in academia — but she deftly breathes quick life into those who surround this character when he is called home by a medical emergency. James works magic again and again in capturing the heart of relationships between siblings and across generations. She is aware of motifs that she returns to even as her style matures: “Probably my chief concerns tend to revolve around family in all its many dysfunctional versions, and people who feel ill at ease in their own worlds.”

But a part of Tania James’ growing maturity is the capacity to find the universality of her strengths, and how her perceptions can be applied to more situations and different worlds — and an expanding audience. “There are stories in the collection from the perspective of Indian-American girls growing up in suburban America — so that’s close to my experience — but there are also stories about wrestlers at the turn of the century, and chimpanzees,” she says. “So that’s one way in which I’ve developed and in which I feel that freedom to move in different directions.”