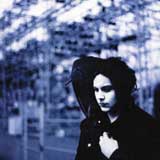 The first album out under the Jack White name is a collection of largely unremarkable compositions coming together to be largely satisfying, if also disposable. It’s a pleasant enough listen — great on a Sunday afternoon — but lacks the fire and bluster of earlier White Stripes records, as well as the simple fun of the Raconteurs’ first. Still, the key elements of White’s production are intact, giving a familiar element to these genre explorations. The least bluesy excursions provide the most reward. “Hypocritical Kiss” is a beautiful middle finger; a piano-laden sendoff as bright as it is bitter. “Hip (Eponymous) Poor Boy,” outside of its clumsy title, is a fun Beatle-y waltz with a saloon bounce. Six months from now, it won’t rank in your top three Jack White productions, but it’ll do just fine.