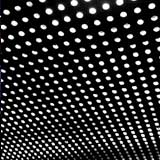 In concept, there’s nothing here that isn’t being attempted by a dozen other groups of note. But, as was the case for their last two full-length efforts, nobody does it near as well as this duo. Victoria Legrand and Alex Scally are masters of a dreampop that’s playful in arrangement even as it maintains a languorous (but not completely morose) spirit. They bring in tiny and tinny beats, only to burst the track with grandeur, but without cheap dynamics. Then there’s “Lazuli,” which begins with irresistible handoffs between a lightweight Casio-style hook and breathy towers of luxuriant Aaaaahs. But Legrand is clearly more of a vocalist than a singer in her best moments (“The Hours”). Scally’s instrumentation, meanwhile, continues to mature brilliantly from a standpoint of, “I started trying to update The Cure — but my therapy’s working.”