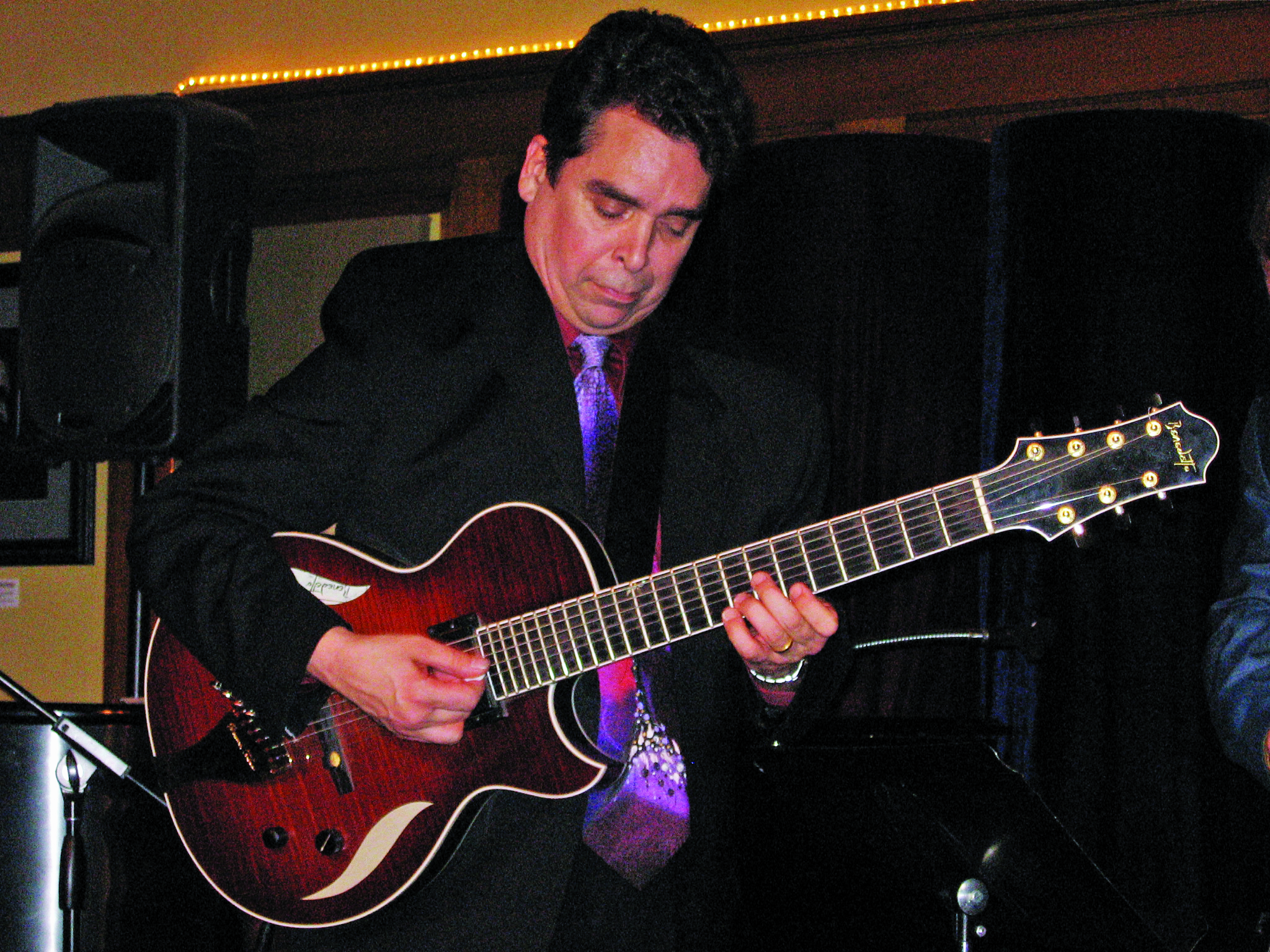 Bellarmine University professor Jeff Sherman has brought an array of history-making guitarists to the annual Jazz Guitar Clinic and Concert Series since 1987. Among the legendary guests have been Louisville’s own Jimmy Raney, Herb Ellis, Howard Roberts, and many more. This year, two longtime friends of Bellarmine, Howard Alden and John Stowell, return.

Sherman has been teaching at Bellarmine for many years and plays regularly in Louisville, with a steady gig at Varanese (Alden and Stowell also perform there Friday through Sunday evenings). Alden is an award-winning guitarist, one of only a few who uses a seven-string guitar. Jazz writer Scott Yanow refers to him, in Alden’s allmusic.com biography, as “… at the top of the field among swing revivalists.” Stowell’s style draws from classical music as well as jazz. All three chatted with LEO Weekly to share their thoughts on playing and teaching.

Sherman says he’s “known, played and taught” with Howard Alden for so long that he can’t remember how they first met. “However, when Howard first started making a name for himself and I became aware of him, I learned that he was in the first class that Howard Roberts created that would later become the Guitar Institute of Technology. Howard Roberts had been one of my dearest friends, and so we had this immediate connection.”

Over the years, Sherman says he’s watched Alden continue to grow as a musician. “He knows so many tunes, especially old swing tunes and the traditional guitar literature. He is a great reader, accompanist and has even become an expert in Brazilian music.”

Alden discussed how his approaches to playing and teaching differ. “When you’re teaching, you have to keep in mind that you’re trying to demonstrate concepts to the class … It does modify your playing a little bit — sometimes in a good way, because you try things you might not otherwise. Sometimes, it can make it a little more mechanical.”

When Alden isn’t focused on teaching, the music and melodies flow more “subconsciously and spontaneously.”

Over the years, some of Alden’s New York-based colleagues, such as Jack Wilkins and Gene Bertoncini, have traveled to Louisville to perform, which he says is always a treat. “It’s always nice to be with them again in a different environment. And I also have the chance to play with others I don’t see that often. That’s why I’m looking forward to spending time with John Stowell, both in the classroom and on the bandstand. And it’s always nice to catch up with Jeff Sherman, too. I’ve known him now almost 20 years, since I’ve been coming down there.”

Like many fans, Sherman learned of Stowell from his 1970s duets with bassist David Friesen, which received a lot of recognition. “John Stowell does not play quite like anyone else that I know,” Sherman says. “He has a very contemporary sound and intellectual approach to the guitar. John has done quite a bit of teaching around the world and published a number of books on the guitar and music … I always find playing with him to be fun and stimulating.”

When it comes to playing vs. teaching, Stowell says the two are not mutually exclusive.

“One definitely becomes a better player by teaching,” Stowell says. “Part of our job as educators is to communicate our love of the music, in addition to clearly explaining and demonstrating the theory. The students and audiences (at Bellarmine) are always attentive, knowledgeable and appreciative… The chemistry and different-but-complementary approaches of three guitarists interacting is fun for us, and enjoyable for the students and audiences to observe.”