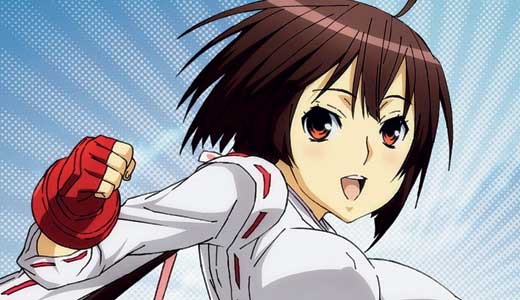 Joss Whedon, he of “Buffy” and “The Avengers” fame, is the writer/director for this new Marvel series, and he’s certainly breathed new life into the venerable franchise. This second part of a planned three-parter (the first being “Gifted”) follows the search for an enemy hidden within the Xavier Institute, who is killing mutant children. Meanwhile, the world outside is offered a “cure” for the mutant “problem.” It’s all engineered by Ord, a massively powerful alien being from Breakworld who has resurrected Colossus. Nice.

Aka “Hidden 3D,” a wonderfully overdone indie horror flick about a crumbling building that used to house an experimental addiction clinic. A young man inherits the pile, and, with the help of a sultry caretaker, they uncover a miraculous machine that cured the patients but — bump bump BUMMM! — also spawned mutated, man-eating babies! What a hoot.

Man, was this cool! A collection of seven excursions from around the globe. Imagine swooping low over Greenland’s icebergs, going waist-deep into an African river delta teeming with life, then arcing over remote and mysterious Tibetan plateaus, then diving deep into the ocean. And everywhere you look, life continues its relentless march, ever evolving, ever adapting. More beautiful and exciting footage than you’d think could fit on a mere four discs: almost three hours of soul-inspiring adventures. Narrated by Robert Foxworth, with music by Ladysmith Black Mambazo.

Master filmmaker Werner Herzog adds another perfect documentary to his résumé with this look at a triple homicide in rural Texas. His purpose? To make you think about killing: Why do people kill? Why do states kill? In what he calls “a gaze into the human soul,” he talks with the young man convicted of the crimes (executed July 1, 2010), the man’s family, the families of his victims, the state executioner and others for insights.

This Mexican tale is a delight. Joaquín Cosio plays a man who looks forward to playing the devil every year in the local church Christmas play. But this year a stiff-necked priest vindictively casts someone else. Ah, there’s gonna be hell to pay as the two engage in a comic battle of Good vs. Evil — though neither is sure which is which anymore. Good subtitled fun for adults.

Emily Browning is excellent as the object of desire at the heart of this American film, inspired by a popular Japanese art-houser. She plays a passive young woman who sleepwalks through menial jobs and random sexual encounters, expecting little in return. Then she stumbles into a job as a “Sleeping Beauty” where she is drugged and lies naked with men who are not allowed to penetrate her or harm her in any way. But this ultimate submission changes her in unexpected ways. Contains nudity, though little sexuality, and some scenes of surprising ickiness.

This teen sci-fi thriller features some of the most original special effects we’ve ever seen, particularly the “aliens devour people in a flash of sparks and red-hot ashes” trick, which is used to great effect — and precludes the need for gory, R-rated corpses everywhere. Five extremely attractive young people battle electrical aliens in Moscow, where it’s much cheaper to film. But we’re not knocking it: We enjoyed this little toss-off from Timur Bekmambetov (of the “Night Watch” series). Also available in Blu-ray 3-D.

Surely by now everyone knows Meryl Streep is one of the greatest actresses of all time, with a talent for replicating the look, mannerisms and speech of anyone she pleases. So it should come as no surprise that she truly becomes Margaret Thatcher, England’s first female prime minister. What you don’t expect is how truly intimate, affecting and tragic the woman’s story becomes when channeled through Streep’s gifts. A poignant look at one of the 20th century’s most important citizens, and at the toll that power takes on our humanity.

THOU SHALT NOT KILL … EXCEPT

This mid-’80s chestnut is largely unknown, even among fans of the “Evil Dead” films, with which it shares a number of cast members. Brian Schulz comes home from the war to find his hometown under siege. And when girlfriend Cheryl Hausen is tortured, he gathers together his old Army buddies for a full-on bloodbath to set things right. “ED” director Sam Raimi adds to the fun, stepping in front of the camera to play a bloodthirsty cult leader who thinks he’s Jesus Christ. Great stuff with Ted Raimi, Bruce Campbell, Scott Spiegel and a terrific collection of bonus goodies — and it’s on Blu-ray!