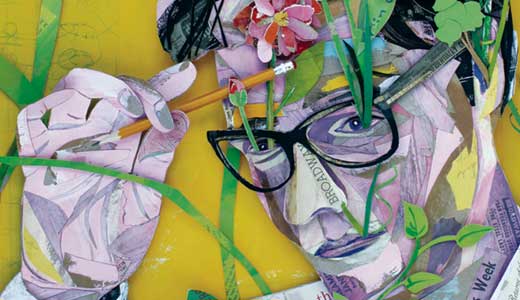 By my reckoning, the 2012 Humana Festival of New American Plays (the 36th renewal) is the strongest festival in recent memory — and that’s an extraordinary achievement, given that for much of the last year, Actors Theatre of Louisville was without an artistic director.

And yet, area critics are in rare agreement: The 2012 Humana Festival was very fine, with nary a weak production in the bunch. (And by the way, there are more credible sources of theater criticism now than at any time in Louisville’s past, thanks to a pack of websites and the presence of Erin Keane, erstwhile C-J/LEO writer, at WFPL).

To find out how the company has weathered the most tumultuous transition in its history — since 1969, there have been only two ADs: Jon Jory and Masterson — I talked to a couple of key figures.

“I think we had some anxiety about it,” says Zan Sawyer-Dailey, the company’s longtime associate director, whose responsibilities include casting and matching up directors with playwrights. “We acknowledged that some people might expect us to fail. We just agreed we would not let that happen.”

The Humana Festival process begins with the ATL literary team (Amy Wegener, literary director; Sarah Lunnie, literary manager), which winnows hundreds of submissions down to a manageable number, then collaborates with the rest of the artistic team to develop a festival program.

ATL’s selection process has always been collaborative, Wegener says. “We have an ethos of conversation. We read and we talk. And all of us have a voice in the discussions. We all fall in love with certain plays and want to see them produced. I like to think of us as advocate-provocateurs making the case for the plays we care about. And, of course, we have differences of opinion.”

In most years, the discussion and debate is finally resolved by one person. “The artistic director is the decider,” Wegener says. “Usually.”

This season, absent a “decider,” the artistic group found itself operating as a self-managing team. “The way we worked together changed,” Wegener says. “A situation like this makes you realize that you have to facilitate the voices and opinions of everyone. None of us could just focus on our own views. We all wanted a process where everyone was comfortable.”

In addition, the group had helpful guidance from within the organization. Wegener credits ATL managing director Jennifer Bielstein with making a crucial suggestion.

“Jennifer suggested that we start the process by talking about our values,” Wegener says. “She wanted us to reflect on what the festival is really about and what we wanted to accomplish.”

Wegener and Sawyer-Dailey agree that the values discussion was crucial. “It’s not that we discovered new values,” Sawyer-Dailey says. “Looking back, we’ve always had a consistent vision, but articulating the ideas in an explicit way helped us make better choices throughout the process.”

The list of values, Wegener says, included things like creating rich theatrical worlds, discovering incredible voices, fielding a mix of playwrights that included a diverse mix of new and established writers, stylistic variety, aesthetic diversity, putting together a festival that formed a satisfying and coherent whole, and offering plays that would satisfy not only the tastes of the national audience, but appeal to the hometown audience as well.

Those values were a good start, but as an observer, I’d say the success of this season’s Humana Festival also owes a lot to a deep sense of collegiality and trust that seems to pervade the current ATL team. Ask Sawyer-Dailey, who is mainly responsible for the strength of this year’s lineup, and she extols the talent and temperaments of Wegener and Lunnie. Then she goes on to talk about Bielstein: “She never once failed to give us the support we needed.”

Ask Wegener, and before she runs out of breath, she’ll mention Lunnie’s literary taste, Sawyer-Dailey’s casts and directors, the tech leaders, and Michael Legg and Amy Attaway, who lead the Apprentice-Intern company.

Ask Wegner and Sawyer-Dailey about the year past, and both express a sense of pride in what their team accomplished. And both conclude with the same thought: “I’m glad Les is here.”