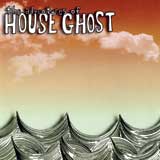 The girls are on the shore / And we’re watchin’ them shake / In the sun. These might seem like odd lyrics for a band in a city this far from any beach, but House Ghost’s music is a peculiar brand: inland surf rock. For example, those particular words tell of a party on the shores of a Kentucky lake. The rest of the tracks display a similar creativity. “No Sun on a Sunday” opens with a hard-rock riff that can only be described as dark. After a 24-second, soft electronic intermission, “Break Their Backs” contrasts peppy surf music with lyrics about difficult relationships. The final song, “Only Half Gone,” is a dreamy ballad to the band’s favorite season — summer. The record is full of life and new approaches, and definitely worth a listen.