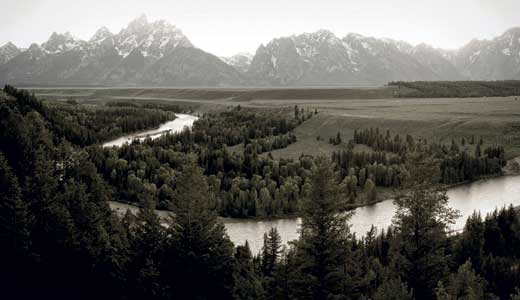 Noted artist, writer and philanthropist Nora Iasigi Bullitt will get her due. An annual lecture, sponsored by the University of Louisville’s Hite Art Institute, endowed in Bullitt’s name, will be presented this year by another world-renowned figure in the world of art. Ann Hamilton has presented large-scale, multimedia installations at museums from California to Korea, and recently completed a commission — a mechanized book trolley — for the Guggenheim. Following her graduation from the University of Kansas with a degree in textile design and from Yale with an MFA in sculpture, she took a job as a professor of art at Ohio State. Hamilton’s lecture at the Speed is intended to celebrate Bullitt’s life and contributions to the art world. It will run in conjunction with an exhibit of Hamilton’s works, which arrived at 21c in March and will remain there temporarily after her lecture. —Simon Isham

I was recently browsing at a local boutique when I spotted the perfect Derby hat. Upon looking at the price tag, however, I placed the feathered headpiece back on its perch and backed away, horrified that anyone would spend so much on something they’re likely to wear only once. (Note: This hat cost more than my wedding dress.) And therein lies the beauty of Hats for Hope, a silent auction selling new and gently worn designer Derby hats to raise money for breast cancer patient care. The auction will offer more than 200 hats, as well as jewelry, gift certificates, vacation packages and more. The cost of admission includes hors d’oeuvres, wine and a specialty cocktail, and 100 percent of the event’s proceeds will benefit the Brown Cancer Resource Center, which helps patients cope with a cancer diagnosis. So even if your bidding spins out of control in a frenzy to score a lovely lid, at least your vanity is for a good cause. —Sarah Kelley

There’s another stop on the First Friday Trolley Hop: Whiskey Row Lofts. The Kentucky School of Art is showing off the work of a new colleague there, as well as bringing an acclaimed photographer to town. Louisville Magazine photographer John Nation will introduce photographer Henry Horenstein, who will give an artist presentation from 5-6 p.m. Horenstein has published more than 30 books, including “Honky Tonk,” which is about the country music scene of the late ’70s/early ’80s. Laurie Fader, KSA’s new chair of academic affairs, will have a reception for her exhibition “Explorations” from 6-9 p.m. She’s taught at New York City’s Pratt Institute and at the Maryland Institute College of Art in Baltimore. —Jo Anne Triplett

Thursday mornings are interesting at The Café, with tables pushed together, loud laughter and plenty of eggs broken. That’s when a group of visual artists get together to, as participant Keith Kleespies says, “talk art issues and network information — we’ve been doing this for 17 years.” A few exhibitions have come out of the camaraderie, including an infamous one: “Baloney!” in 2010. In response to the Speed Art Museum’s call for art to benefit their programs, this “breakfast club” created pieces out of baloney in protest of the time-honored practice of asking artists for donations. So their group show, “Drawing Together,” is special because it’s rare. But it also features some of our town’s best, including but certainly not limited to Ann Stewart Anderson, Tom Pfannerstill and C.J. Pressma. —Jo Anne Triplett

Perhaps a name recognizable only to the wonkiest of jazz fans, Laurence Hobgood has nevertheless put in two decades of work as the pianist and music director for vocalist Kurt Elling, earning a couple Grammys in the process. Hobgood is bringing his trio, including bassist Matthew Rybicki and drummer Jared Schonig, to the Kentucky Country Day School Theater. Hobgood’s nimble fingers are the most rewarding feature of Elling’s often over-studied warbling. Hobgood’s albums on the NAIM label are well worth seeking out, especially his early discs under the Union band name. As an added feature, the night will include saxophonist Ernie Watts, who has played with the Rolling Stones, Marvin Gaye and Frank Zappa, and has done TV and film soundtrack work. Louisville Jazz Society hosts. — Damien McPherson

Anyone who thought the independent route wouldn’t be a good look for the Villebillies will be fully embarrassed by the end of the summer. Appetite for Dysfunction is the first volley in a very full season for the crew. Tuck, Demi, Dylan and the band have been working on this album, their first since 2008’s From the Belly of the Beast, while also branching out into new groups Bass Drum Aliens and Gentlemen Hounds, who will be releasing records shortly after the ’billies. All these titles will be coming out through their Island Earth Music label. Elephant Room, T.O.N.E-z, and Cincinnati’s Zebras in Public join the lineup, complementing the core group’s Southern-fried rock-rap hybrid. “Talk to Me,” the group’s latest single, has picked up some airplay on Fox 93.1, not the easiest feat for a DIY band. —Damien McPherson

Talk about making the medicine go down easier: For this very important benefit helping a very serious organization, some fun, poptastic bands are volunteering their time and skill to help bring in that paper. Choices Inc. provides transitional housing to women and families trying to deal with — or get away from — domestic violence, mental health issues and/or chemical dependency problems. The Deloreans bring their future-retro sounds as the main form of bait, but note that Several Hundred People have a new album, Before the Wheels Freeze, available for a download on Bandcamp now, and it’s worth checking out. The Winston Hours add to the lineup (assuming that no crazy UK fans have torched the joint yet), and a Kindle Fire will be raffled off. —Peter Berkowitz

‘Everything Is Terrible! — Live’

Also known as the “DoggieWoggiez! PoochieWoochiez! All Dogs Go On Tour!” show, this combo comedy and video show is brought to you by the video collective known as Everything Is Terrible!, a group of absurdists led by Commodore Gilgamesh and Ghoul Skool, which “salvages the best VHS moments from thrift stores across the nation and posts their daily finds on the Internet for the world to see.” Every year they make a feature-length film out of such found footage, and their third production is their most surprising yet: a remake of Alejandro Jodorowsky’s 1973 midnight movie staple “The Holy Mountain” using only doggie-related (and non-“Holy Mountain”) footage. (Kickstarter really can make anything a reality.) For the live show, Gilgamesh told the A.V. Club that it would be akin to a Showbiz Pizza party overtaken by unruly, giant dogs … so, have fun. —Peter Berkowitz

As far as nicknames go, “Her Deepness” is fairly righteous. That’s the moniker used by the New Yorker and New York Times when describing Sylvia A. Earle, an award-winning oceanographer, explorer and author who will serve as a featured Earth Day lecturer at Bellarmine University. Earle has led 100 expeditions and logged nearly 7,000 hours underwater studying deepwater ecosystems and marine algae. She’s penned more than 175 scientific, technical and popular publications including “Exploring the Deep Frontier,” “Sea Change” and “The National Geographic Atlas of the Ocean.” Bellarmine offers an environmental studies undergrad program that focuses on sustainability and environmental science. So it’s a perfect host school for a woman Time magazine dubbed a “Hero for the Planet.” Not quite as catchy as “Her Deepness,” but obviously Earle has a wealth of knowledge our world and Louisvillians could benefit from. —Anne Marshall

Louisville Cardinal fans may want to steer clear of downtown next week when the Blue Man Group takes over the Kentucky Center. The touring show, as part of the PNC Broadway in Louisville series, features those three creepy bald blue dudes and an array of music, comedy and multimedia theatrics that the original show is known for. This is the first touring theatrical production of Blue Man Group, which formed in 1987 by Chris Wink, Matt Goldman and Phil Stanton and became an underground sensation throughout Manhattan in the ’90s. They’ve shared the stage with the likes of Tracy Bonham, Dave Matthews, Moby and Gavin Rossdale (you don’t get any more ’90s than that!), and have taken home many awards and accolades, including an Obie. If you’re lucky enough to have tickets in the first few rows, expect to get wet on this ride. —Sara Havens

‘A Sense of Place’ by Darrell Kincer

For many, our 20s are spent trying to find ourselves and our place in this world. Some find it quicker than others. Somewhere in our 30s, we try to find ourselves again, realizing a quick 10 years have passed. We look back at our lives, see where we were, and harshly compare it to where we are. Many folks have photographs to remind them of their journey. Local photographer Darrell Kincer tells the story of his last 10 years with his new exhibit, “A Sense of Place, Revisited.” As an avid lover of the not-so-normal photography experience, Kincer takes his inspirations from “exploring the region where I live, or traveling to locations to see what I might find.” Kincer uses his footing in the art world to transcend time and place, to “translate these places, through the camera, in a way that resonates with my experience of that environment.” —Allison Ray