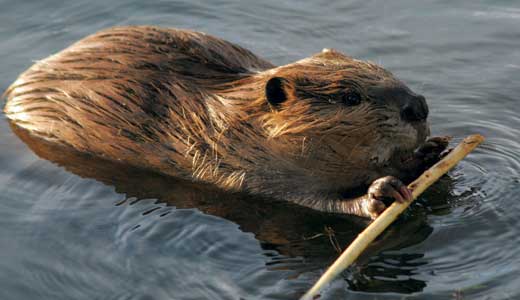 The Great Beaver Massacre occurred in the city of St. Matthews sometime in early March. That’s really the only fact everybody agrees upon. (OK, so even that isn’t an agreed-upon fact by all parties involved.) Like so many government-sponsored atrocities before it, the alleged savagery is shrouded in secrecy and official denials of knowledge. In fact, Robert Tonini, a member of the St. Matthews City Council, claims he didn’t know anything about it until mid-March when emails started pouring in. St. Matthews officials have received missives from as far away as California, Maine and New Zealand. All of them with the same claim: Someone had embarked on the demolition of beaver dams in Arthur K. Draut Park.

A couple from Portland, Ore., admonished local leaders for their role: “Dear Sir, it was a sad day to open an email and find that a decision was made to remove your resident beavers in such a heinous fashion … Is this the example of humanity we want to send our children and neighbors? Perhaps you should look at the influences of John James Audubon and what that has meant to the great state of Kentucky, what might have been his thoughts concerning this. We live on the West Coast of the U.S. and already we have heard about this, it will be worldwide before the day is done.”

Talk about a PR nightmare; turns out beavers have quite the following.

Councilman Tonini says he was horrified upon receiving the emails, though upon further investigation, he does not believe the situation is all that dire. He’d known for years that there were beavers in Draut Park, located off Bowling Boulevard, behind bustling Shelbyville Road Plaza. St. Matthews created the walking park as a flood retention basin to keep Beargrass Creek from flooding nearby homes during heavy rains.

In 2010, Mayor Bernie Bowling stated at a council meeting that the beavers were getting out of hand at Draut Park, according to minutes from that meeting. He complained that the beavers were damaging trees and other vegetation, along with stopping up the drainage system in the park, and he indicated the public works department was attempting to keep a handle on the situation.

Specifically, the beavers had built dams that obstructed pipes in the park, and last month, the city sent out crews to clear the pipes. But according to Tonini, nobody ever talked about killing beavers.

“As soon as I got those emails, I went to the mayor and the director of City Works,” the councilman says. “Neither of them knew about any beaver deaths either. City Works had sent someone out with a backhoe to clear some debris from one of the pipes, but they assured me that no beavers were killed.”

But Ian Timothy, a junior at St. Xavier High School, isn’t so sure. Timothy is known as the “Beaver Guy” among his classmates because of a stop-motion animation series he’s created called “Beaver Creek Episodes.” The series stars a beaver named Twig and features a number of animal characters that live in the fictional Beaver Creek. It’s a YouTube sensation and has won Timothy seven gold medals from the Scholastic Art and Writing Awards, the longest-running national award for young artists.

“I started doing ‘Beaver Creek’ near the end of 2007,” Timothy says from the deck of his family’s home in Audubon Park. “I don’t even remember why I thought of a beaver. I didn’t really know anything about beavers, so I started doing research. Draut Park was the first place I found in the city that had beavers. I’ve been watching that park for years just grow with beavers.”

“Beaver Creek” has turned Timothy into an advocate for North America’s largest rodent. Beavers are fairly common in Kentucky, where they were once prized for their pelts. They also are nature’s engineers, building dams on rivers and streams, and creating lodges in the resulting ponds. “Beavers are only second to humans in their ability to change their environment,” Timothy explains. “Basically, when they dam a waterway, they raise the water level and create their own watershed. It brings in all kinds of animals, basically creating a new habitat. Just in this little park in St. Matthews, I’ve seen tons of animals that wouldn’t be there without beavers.”

Sometime around March 7, Timothy says he went to Draut Park to see his beloved muses and was horrified to find their habitat eradicated. There were two families of beavers at Draut Park, about 15-20 in all. “The city of St. Matthews removed the dam, and they actually bulldozed the lodge the beavers were living in,” Timothy says. “It looks like there might still be some beavers there, but I don’t know how many are left. They didn’t mean to bulldoze the lodge, but I don’t think they knew the difference between the dam and the lodge. I made sure to take some pictures of it to document the bulldozer tracks.”

Armed with documentation, Timothy took to the Internet. Believe it or not, there is a worldwide network of beaver advocates, and “Beaver Creek” has made Timothy something of a celebrity in this scene. In January, “Beaver Creek” was an official selection in the Wild & Scenic Environmental Film Festival in Nevada City, Calif. (A traveling tour of the festival films was in Louisville at the Clifton Center on March 13.) Timothy proudly remembers talking about beavers before a 700-person audience.

While in California, Timothy met Heidi Perryman of the Martinez Beavers, a national wildlife advocacy group. Timothy sent Perryman the photos and information about what happened at Draut Park, and Perryman in turn distributed it worldwide through her group’s website, martinezbeavers.org. She wrote a number of blog entries on the alleged beaver killings, including: “Sunday I received a beaver SOS from our favorite stop-motion movie maker in Kentucky. The beaver habitat he had been enjoying in the nearby city of St. Matthews — which he watched for inspiration to his series — had been completely destroyed, the lodge bulldozed, and the dams ripped out. Ian was horrified and dismayed to think that the happy family he had been enjoying had been ruthlessly killed.”

That takes us back to Councilman Robert Tonini’s inbox, where emails from irate beaver advocates continue to stream in. However, Tonini maintains no beavers were actually killed when their dam was destroyed. He also says the St. Matthews City Council has considered rounding up and relocating the animals. But that doesn’t fly with Timothy, who points out that relocating the surviving beavers could cost as much as $150 per animal, and Draut Park would be less enjoyable without them. He would like the city to construct beaver deceivers, artificial living structures that fool the beavers into thinking they have a working dam. He hopes to meet with St. Matthews officials to discuss their options. Whatever course they finally decide on, one thing is certain: The beaver-loving world is watching.