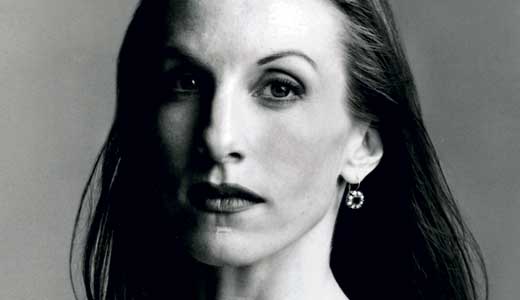 You have to be pretty famous to get your face on the side of a building in Louisville. After all, not just anyone can hang with The Colonel.

But ballerina Wendy Whelan has made it (on the Brown School at First and Muhammad Ali), letting all who see the banner know that a dancer from Louisville can take command of the stage at the New York City Ballet.

My proposal for the next banner is not a person but a thing — the Louisville Ballet. This is not unprecedented; the Kentucky Derby is on the U.S. Bank Building at Fifth and Market.

The local ballet is celebrating its 60th anniversary. For a cultural business, or any business, for that matter, to turn 60 years old is important enough, but the Louisville Ballet has many other reasons to celebrate. It is now the seventh-oldest American ballet company, with dancers from 16 states and seven countries. It has put on more than 70 world premieres. My favorite: I got to see Mikhail Baryshnikov dance with the Louisville Ballet not once but twice. Ours is the only regional ballet company to have that honor.

The ballet has outlined quite an anniversary party for itself, covering highlights from its repertoire specifically chosen for the occasion by artistic director Bruce Simpson.

Even Whelan is returning for the celebration. The New York City Ballet premiered “After the Rain” in 2005. Whelan, now a principal dancer, was one of the original cast members and will perform it for Louisville audiences with fellow NYCB dancer Craig Hall.

Another connection to the NYCB is a work by their longtime choreographer George Balanchine. He will be present, in spirit, as his “Theme and Variations” is danced, which was last performed by the Louisville Ballet in 2004.

But enough talk about New York. Our local company has its share of strong choreographers and dancers as well. Also at the celebration is the world premiere of “Unyielding Radiance” by Adam Hougland, the Louisville Ballet’s principal choreographer.

Ben Sollee will also be playing live at all anniversary celebration performances. He wrote the musical score for “Sansei,” which was choreographed by former principal dancer (now head dance mistress) Mikelle Bruzina. It was first performed in 2009.

Finally, on the program is Val Caniparoli’s “Lambarena,” last performed in Louisville in 2007. This unusual piece is danced to music by J.S. Bach combined with traditional West African music.