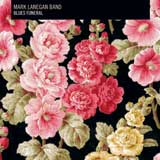 If tears were liquor, I’d’ve drunk myself sick, Lanegan sings in “St. Louis Elegy,” and such a worldview does a pretty good job summing up this album. For all who love Johnny Cash, Tom Waits or Nick Cave, Mark Lanegan is a name you should know by now. The great singer has made another great album, his first solo effort in eight years, and, while still soaked in the same whiskey and heroin that fed earlier work, this collection is a fine introduction to his various stages: killing floor blues, Leonard Cohen folk, dance-floor industrial textures, and his hometown grunge psychedelia. It’s no wonder that influential figures like Kurt Cobain, Josh Homme and PJ Harvey have worked to impress him. Blues Funeral is a welcome return from an artist who has, thankfully, survived 25 years of following his own pretty/ugly muse.