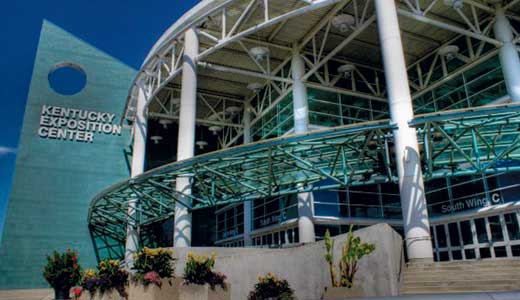 In December 2008, Barbara Whitley retired as the Kentucky State Fair Board’s director of Human Resources. But her retirement was short-lived: The following summer, the Fair Board rehired her as executive director of HR.

The new position not only resulted in a large salary bump — she makes $99,750 a year, almost $25,000 more than she earned as director — but she is simultaneously drawing her retirement pension, a practice commonly known as “double-dipping.”

A similar situation unfolded the following year, when Jennifer Bray was promoted from director of the Venue Services Division to a Fair Board administrator, where her salary has increased almost $12,000 to $81,900 per year. Bray is a double-dipper, too, retiring in 2008 before returning five months later.

It’s also worth noting that in her new position, Bray oversees three family members — her husband, son and brother — who work in her department.

Such examples of exorbitant raises for administrators, double-dipping and well-connected hirings are common at the Fair Board, according to documents LEO Weekly obtained via open records requests.

These revelations raise serious questions about the internal operations of the Fair Board, just as the state agency is coming off the failed attempt by Gov. Steve Beshear to oust its longtime president and CEO, Harold Workman.

In late 2008, the Kentucky State Fair Board reorganized and added 48 new positions, with most going to the new Arena Division to operate what would become the KFC Yum! Center. However, the reorganization also created a handful of new administrative positions — like the ones filled by Whitley and Bray — adding to the already hefty lot of high-paying Fair Board jobs.

After her department lost six employees in the reorganization, Corrine Fetter’s title was changed from Exposition Division director to administrator, and she received a $19,000 pay increase, bringing her annual salary to $81,900. Two of Harold Workman’s nieces now work under Fetter in the Expositions Division.

In the Administrative and IT Services Division, Jerry Frantz was promoted from director to executive director in 2009, with his salary rising almost $23,000 to $99,750.

According to Fair Board income statements obtained by LEO, administrative labor and benefit expenses have risen more than $2 million over the last decade, including a $1 million increase since the 2008 reorganization.

Counting the recently fired general manager of the Yum! Center, Ted Nicholson — whose future is still in limbo — the Fair Board pays eight employees a salary exceeding $99,750, with president and CEO Harold Workman’s salary, benefits and expense reimbursements totaling $313,208 this fiscal year.

As vice president of the Fair Board since 2007, Drew Martin oversees the Kentucky International Convention Center. In 2005, Martin left his position as executive staff advisor at the Fair Board, where he made $41,033 per year. Upon returning as vice president two years later, his salary leaped to $95,000, and is currently in the six-figures.

Martin is the son of Andrew “Skipper” Martin, a prominent Frankfort lobbyist and longtime power player in Kentucky politics. Martin is a former executive director of the Kentucky Democratic Party and was Gov. Paul Patton’s chief of staff.

During the Patton administration, Skipper Martin was the governor’s representative on the Fair Board, and he has maintained a relationship with Workman ever since.

Multiple sources close to the Fair Board tell LEO that Drew Martin was a vocal advocate for Workman amid his attempted ouster two weeks ago.

Though Workman has the latitude to appoint anyone he chooses to “non-merit” roles, like directors and vice presidents, there are legal guidelines that must be followed in filling “merit” positions to ensure the most qualified applicants are considered.

Information obtained by LEO raises questions as to whether such merit system guidelines — which often involve gray areas — have been strictly followed at the Fair Board in recent years.

For example, at the end of 2008, Anderson Howard and Joseph Clark were hired as event coordinators at the convention center and in the Operations Division, the first time such positions had been filled in at least a decade, according to the Personnel Cabinet. Through an open records request, LEO Weekly obtained the two employees’ “approval for hiring” forms, which detail the interview process and why they were hired.

Though Clark’s form suggests multiple applicants were considered, one of Clark’s interviewers listed on the form disputes the accuracy of the document.

When shown the “approval for hiring” form, administrative branch manager Mike Mateja tells LEO that Clark was the only person he and Operations Division director Tom Crawley interviewed for the position, and he believes management was set on putting both Clark and Howard in these merit positions from the start.

“Not only are we required by KRS 18A.150 to interview military candidates, the merit system is set up to select the best person to fill the job,” Mateja says. “And by interviewing only one person, I don’t think you’re exactly selecting the best person.”

Early in the application process, Mateja says Fair Board personnel director Barbara Whitley told both he and Clark Bertloff — an administrative branch manager in Operations who would interview Howard — that they needed “to hurry up and fill those positions, because we know who’s going to end up in them,” referring to Howard and Clark.

Clark is the nephew of Cynthia Hoye, executive director of the Indiana Fairgrounds. Both Clark and Howard have since been promoted to higher-paying positions in different departments at the Fair Board; their positions as event coordinators have not been filled since they were promoted.

Mateja recalls two other times in recent years in which management hired a connected person whom they were set on for a merit position, passing over more qualified applicants in the process.

Crawley, who recently retired, could not be reached for this story, while Bertloff and Whitley declined to answer any questions.

Most Fair Board employees contacted for this story either declined to comment or referred us to Amanda Storment, a Fair Board vice president and spokeswoman. Though she did not answer all questions as of press time, she did say, “Harold Workman has not directed an employee of the Fair Board to hire someone as a merit employee.”

Though the Fair Board was self-sufficient for many years, the state agency fell $6.47 million into the red during the last fiscal year. This week, state lawmakers will decide whether to OK the $8.5 million bailout Beshear granted the agency in his recent budget proposal.

While Beshear’s budget proposal would give $5.5 million immediately to the Fair Board, along with $1.5 million in each of the next two fiscal years, the House Appropriations and Revenue Committee on Monday recommended only keeping in the $5.5 million request.

Committee Chairman Rick Rand says that in order for the Fair Board to receive funds in upcoming years, they will have to provide business plans to prove their finances are in order. The full House is expected to vote on the proposed budget on Thursday.

Meanwhile, there are high hopes for increased future revenue at the Fair Board: The board recently approved a lease that paves the way for the owners of Holiday World to reopen Kentucky Kingdom, and there are plans to lure a luxury $100 million hotel to the fairgrounds in an effort to attract more conventions.