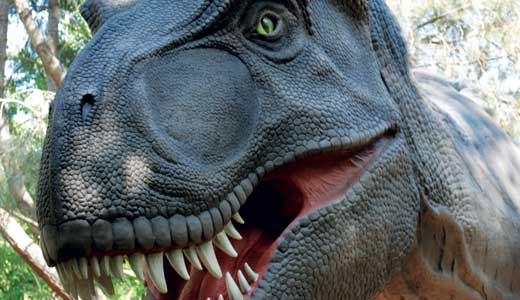 U of L Photo Exhibit

Author and photographer Steven W. Plattner gets around. The former U of L photographic archives researcher has not only studied and written about photography extensively, he has traveled the country the past few years practicing his craft. A collection of his work, titled “All Over the Map: Photographs across America, 2006-2012,” will be on display at the U of L Ekstrom Library through June 29. The collection depicts subject matter Plattner found to be extraordinary. “So much of our built environment today is homogeneous, monotonous and quotidian,” Plattner says. “I gravitate instead toward subjects I consider exceptional — places, objects and people that evoke a unique vision and are steadily fading from view, often paved over and forgotten.” On Thursday, Plattner will give a gallery talk as part of a reception in Photographic Archives at 5 p.m. —Kevin Gibson

We Were Promised Jetpacks

Since the jetpack idea fell through, it looks as though transit for the North American end of the Scottish band’s tour will be handled by plane. Louisville may not be able to guarantee them their preferred method of transportation either, but we can at least be a respectful bunch. In their touring career, WWPJ has consistently run into issues of volume: Their introspective lyrics sometimes require a quieter vocal performance — something that is not always appreciated in a noisy club atmosphere packed with a tipsy and/or apathetic audience. Maybe they will find luck at Headliners, where they will play with Cincy indie rock duo Bad Veins, as well as their tourmates from Northampton, New Cassettes. It’s going to be a sweet (and 18+) night with all the international talent. To sweeten the deal, LEO is giving away a pair of tickets to see them. Go to leoweekly.com to enter. —Simon Isham

Whitney Houston used to believe that children are the future, and what did it get her? Nevertheless, Male High School’s art club, led by teachers Elizabeth Berry and Carrie Neumayer, has put together a show of future art stars in which the pixel-pushers present 16 personal takes on some everyday heroes — y’know, teachers, nurses, firefighters, alt-weekly journalists … OK, maybe not the latter, but there is one for Molly the Labrador, a dog who saved her family from a fire. The collection will live in the Kids’ Room in Gilda’s Club, hosts of the opening reception. It’s a perfect location, as it is itself filled with everyday heroes; not those glamorous stars you see in Hollywood like Nicole Richie or Kate Gosselin, just hard-working folks trying to make this world a better place. —Peter Berkowitz

The mysterious duo of Larry Tiger and David Woods (sure, guys) are DJs from Europe who insist on cultivating an air of complete mystery (see their official press photo above) — it’s, like, their thing. And now they’re coming to totally funk up your local arcade game-filled tavern. So mad props to bookers and openers OK Deejays for setting this up, as Tiger & Woods aren’t spreading their “future boogie” sounds across too many of our cities yet. Upon the release of their 80-minute debut album Through the Green last summer, Pitchfork praised, “The music is inherently social and gregarious; it’s music that makes me want to be around people because it feels so generous.” Feel free to download new collection Wiki & Leaks on Soundcloud now. —Peter Berkowitz

In the midst of all the hype behind Invisible Children’s viral Kony 2012 campaign, other charities may find themselves fighting with one another over American donations. This competition is ironic, because the charitable aim of the local Breachbent Benefit concert is to promote unity and peace by closing the gaps between First World and Third World. It is the brainchild of Jeff and Vicki Rogers of G.O. Ministries. The non-denominational, nonprofit G.O. serves the Dominican Republic, Haiti, Columbia and Mongolia, responding to crises of addiction, education deficit, unclean drinking water and inadequate health care. To draw in crowds, they’ve enlisted the help of Jaime Barnes and Brooks Ritter, both Louisville artists who serve as associate music directors at Sojourn Community Church. All profits from ticket sales and from the silent auction preceding it will go to G.O. —Simon Isham

Fifteen years of U of L’s longest running student fundraiser has been anything but a drag. PINK, an amateur drag (queen and king) show put on by U of L students, drag veterans and newbies, helps provide funds for LGBTQ student groups like commonGround (U of L’s oldest LGBTQ organization) and BlkOut. This year’s show is titled “Candyland” and will be emceed by Jaison Gardiner and “The Mother of the House,” Reva Devareux. “PINK provides a great opportunity for students to get involved in drag performance and culture while simultaneously providing them a safe place to do so,” says organizer Grace Howard. “Come out and support this student-run, student-organized show, now in its 15th year.” Don’t mind if I do. —Sara Havens

Joe Rogan has been to comedy hell and back. He rocked major network shows like “News Radio” and “Fear Factor,” as well as cable fodder — whether commentating for UFC or stuffing the empty jerseys left by Adam Carrolla and Jimmy Kimmel on “The Man Show.” His career stalled after he posted a series of web videos where he called out other comedians for stealing material; the backlash from his peers was severe. Then he wrote and recorded Shiny Happy Jihad, one of the best reviewed comedy albums of the past decade, and launched his smash podcast, “The Joe Rogan Experience.” After a Faustian journey that would make even Dante blush, Rogan will bring his show to The Improv this weekend. Be sure to catch him before he takes another swan dive into the lake of fire. —Brent Owen

Although they are now hailed as masterpieces of comic opera, Wolfgang Amadeus Mozart’s operas were no laughing matter to the aristocrats he so deftly lampooned in his time. In “The Marriage of Figaro,” and again in “Don Giovanni,” Mozart and his most frequent collaborator, poet Lorenzo DaPonte, turned their satirical eyes and sharp wits on the sexual dalliances of morally bankrupt upper-class men, spinning tales of warfare between classes cleverly couched in battle between spouses, filled with divine music and bawdy humor. In “Cosi fan Tutte,” the third and last of Mozart and DaPonte’s collaborations, the theme is continued as two Italian soldiers, after accepting a bet from a philosopher, disguise themselves in order to test the faithfulness of their fiancées. The U of L Opera Theatre production is directed by Michael Ramach, with the full accompaniment of the U of L Symphony, directed by Kimcherie Lloyd. —Cory Vaughn

The hisses, chirps, snorts and growls you usually hear at the Louisville Zoo will be drowned out this summer by the roars of creatures that have long been deceased. Don’t start imagining that tiger zombies from another dimension will overrun the place, because these sounds actually herald the return of the “Dinosaurs!” exhibit. Eleven all-new species of robotic prehistoric reptiles will be led in by the king of them all, the Tyrannosaurus Rex, who is back by popular demand. The updated 2012 version of the exhibit will include the new gift shop Shopasaurus and a Dino Dig for budding paleontologists. “These animatronic creatures remind us that we’ve lost many animals from this planet over the course of history, and unfortunately, animals are still going extinct today,” says zoo director John Walczak. —Simon Isham

The Motherlodge Live Arts Exchange features music, theater and art by New York and Kentucky artists and performers in four local venues. Organized by Ray Rizzo, Traci Timmons and Theresa Koester Mills, Motherlodge promotes creativity as well as the people who have it, sharing 80 percent of proceeds with artists. Documentary photographer Jim Gavenus is Motherlodge’s featured artist. Local artists also on display in the “Thresholds” exhibit include Nick Baute and Robert Ronk of Hound Dog Press, Rachael Banks and Chris Mozier. The free Pop-Up Galleries will be at The Bard’s Town on Thursday, and at the Rudyard Kipling on Friday, both from 6-8 p.m., then open till the end of the festival. The full schedule, with tickets, locations and show times, is on the website. —Jo Anne Triplett

Fathers go to great lengths to connect with their daughters, all in an attempt to sustain a bond that stands through time. For Jeffrey Skinner, his love of photography was an obvious choice when he looked for an activity to share with his daughter. As Laura Skinner came into her own as a photographer, earning an MFA in photography from the Rhode Island School of Design, dear ol’ dad gushed with pride. After previously abandoning photography to focus on those silly responsibilities of work and parenting, Dad once again picked up his camera and went to work, shooting images at night, focused on inanimate objects, allowing light to show a portion of the subject. Laura also displays night photos, yet shows women lit by the light of a cell phone — a technique that brings technological nuance to a traditional profession. —Allison Ray

The skin we humans walk around in has fascinated artists, well, since there have been artists. “Figured OUT” is the latest local exploration on the subject, the second installment of Kaviar Forge & Gallery’s “Nude Biennial.” The nine artists featured created art in a variety of media and styles. Mark Selter tackles both male and female nudes in his set of religious oil paintings. Realist Lloyd Kelly’s work will get your attention on size alone. If you’re a fan of Poussin’s “Midas and Bacchus,” go see what gallery owner Craig Kaviar did in copper repousse. The show will be on display during the March 30 FAT Friday Trolley Hop from 6-9 p.m. Artists W.A.R. and Monet Magnolia will also be performing that night. —Jo Anne Triplett