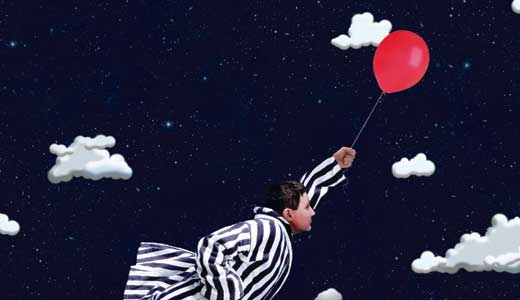 Jennifer Lawrence, the Oscar-nominated actress of “Winter’s Bone” and one of the brightest lights to shine out of Louisville recently, filmed a six-minute promotional short for the Bellewood Home for Children. The video, entitled “Jennifer Lawrence Cares About Bellewood,” will screen as part of Bellewood’s Youth Film Festival this Sunday, an annual fundraiser now in its fourth year.

Lawrence uses her platform to speak about the growing number of abused and homeless children in the commonwealth and the increased need for places like Bellewood, which first opened its door in 1849. “Kentucky’s children are literally being beaten to death,” Lawrence says in the clip. “Continually, our number on child deaths from abuse and neglect are higher than the rest of the nation.”

An accompanying chart shows a 37 percent increase in abuse-related fatalities in Kentucky since 2006. This is a reality that Bellewood faces every day, says Lawrence, who goes on to mention her family’s long-standing commitment to the organization. She recalls her grandfather’s recurring role as Santa Claus at the home each Christmas, her aunt’s horseback riding lessons, and the family farm that the Lawrences share with Bellewood.

Regarding the family’s contribution, Jerry Cantrell, Bellewood president and CEO says, “We are honored to have Jennifer as the third generation helping Bellewood make profound differences in the lives of children.”

Lawrence has previously donated time to the yearly film festival, which is open to 12-18-year-olds across Kentucky and Southern Indiana. Submissions have doubled for a second straight year, with this season’s theme, “Dreams,” yielding an array of interpretations that range from a wheelchair-bound child’s NBA aspirations in “Rolling,” to a Michel Gondry-inspired stop-motion piece entirely composed of Legos, to a lyrical videoscape set to Martin Luther King’s “I Have a Dream” speech.

Each of the sub-five-minute videos must include the word “heritage,” as well as a red balloon. This mandatory prop makes an irresistible cinematic allusion for anyone who’s fallen under the spell of Albert Lamorisse’s 1956 short film of the same name. Whether or not the reference was intended, there may be no stronger symbol of a child’s hope, dreams and imagination than Lamorisse’s “The Red Balloon.” The young filmmakers in this festival sometimes evoke the spirit of that film’s magical ending — Pascal lifted out of danger by a cluster of balloons — as they throw themselves into their performances.

Bellewood offers training in video production, and disciplines like agriculture, as a way of building skills that can later be transferred to the workplace. It’s part of a philosophy that Sally Pendleton, VP of development, has described as “cradle to career.” In 2011, Bellewood served approximately 570 children.

Up next for Jennifer Lawrence is the highly anticipated “The Hunger Games,” which has already begun selling out theaters, weeks in advance of its March 22 opening. The film, which is part one in a trilogy and based on a series of young adult books by Susan Collins, is being touted as a franchise worthy of “Harry Potter”-type levels of popularity.