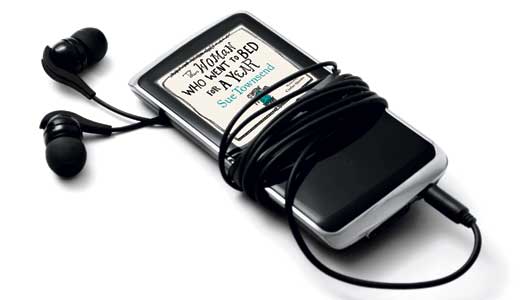 Back in the 1980s, I kept spotting a book in libraries and bookstores. It caught my eye because the cover was so similar to that of “The Catcher in the Rye.” It was dark brown and small with no art on it at all, only the title.

The book was “The Secret Diary of Adrian Mole, Aged 13¾.” The author was Sue Townsend. At the time, I, like many others in the ensuing decades, assumed it was a book for teens or, in the current parlance, a Young Adult Novel.

I could not have been more wrong. Though the Mole books are regularly shelved in the YA section of bookstores, they were never intended for that audience. If not for a neighbor who moved to our street in the mid-’90s, my immersion in Townsend’s world would have begun much later than it did.

One day I was mouthing off to this neighbor about how Margaret Thatcher and Ronald Reagan together had ruined Western civilization. Yet they were being touted far and wide as heroes! Nancy said, “Have you read the Adrian Mole books?”

I said, “Those kid books?” and wondered what they had to do with the Iron Lady. Nancy went to her bookshelf, opened “The Secret Diary of Adrian Mole,” and found this entry:

“Sometimes I think Mrs. Thatcher is a nice, kind sort of woman. Then the next day I see her on television, and she frightens me rigid. She has got eyes like a psychotic killer, but a voice like a gentle person. It is a bit confusing.”

I laughed. And began at the beginning. I ended up borrowing the whole collection, at that point four novels, but by the end of the next decade, there would be eight, and it’s impossible to say which one is the best. But I’ve read them all more times than I can count. I’ve given them as gifts to people of all ages. And I’ve listened to all of them as audiobooks.

This is where tuning in enters the picture. Those who read this column may recall that a few months back, I mentioned that the BBC’s “Open Books” podcast held a debate among contemporary writers and comedians to name the “funniest book of all time.” The winner, hands down, nominated by the comedian Jo Brand, was “The Secret Diary of Adrian Mole, Aged 13¾.” In her defense of the book, Brand said it was dear to her heart because “well-drawn, irritating, horrible characters” are always the most entertaining.

Adrian, in his adolescent chaos, is surrounded by such characters. The true wit of the story lies in Townsend’s means of conveying how the people in Adrian’s life both are and are not as he sees them. There is genuine pain in the absurdity of his parents’ divorce, but then they get remarried, divorce again, remarry, separate, reunite, etc. Somehow Townsend renders it all completely believable as well as gut-clenchingly funny. It’s the kind of hilarity that makes you forget you’re even reading. You’re simply immersed.

Wondrous as it is on the page, the latest novel is even better as an audio performance, and this has much to do with the fact that it’s narrated by Caroline Quentin, star of the original “Men Behaving Badly” series, which ran in Britain long before it reached the United States. Quentin knows her way around some tricky domestic situations and has the perfect voice for impersonating Townsend’s wacky cast of characters, running the gamut from extreme comedy to dark tragedy.

It’s one of those items I will leave permanently on my iPod, like P.G. Wodehouse’s “Code of the Woosters,” just to play certain chapters when I need a laugh.

Give it a listen at audible.com or at the iTunes store, and see if you can resist downloading it.