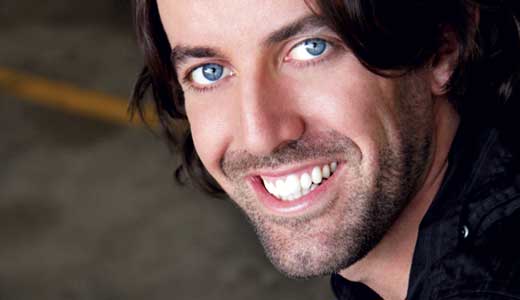 Dan Cummins is hardly a household name just yet, but his first two albums, Revenge Is Near and Crazy With a Capital F, have been two of the best-reviewed comedy albums in recent memory. You also may have seen him on “Last Comic Standing,” “The Tonight Show,” “The Late Late Show,” and all over Comedy Central. Cummins takes the stage this weekend at The Improv.

LEO: Do you remember your first time doing stand-up?
Dan Cummins: Oh, yeah. It’s kinda comparable to losing your virginity — there’s all this expectation on this event you are not prepared for, and that you’re inevitably gonna kinda fail at. And that’s what my first stand-up was; I prepared for weeks all of these stories, I recorded, I wrote, I rewrote, I had a speech, and props, even. And, you know, it ended up being a couple of laughs, a lot of mistakes — it ended up being just good enough for me to say, “I kinda like how part of that went, I’ll give that another try.”

LEO: That does sound exactly like me losing my virginity … props and everything.
DC: (laughs) Yeah, all those expectations and you do it and it’s not that great — but you really wanna do it again as soon as possible.

LEO: You started out doing sketch comedy. When it comes to stand-up, do you prefer one or the other?
DC: The weird thing is that I don’t like much about either one. I’ve done comedy for so long, I just become so critical of myself.

LEO: Sketch seems more communal, while stand-up seems more adversarial.
DC: There is a certain level of aggression mixed into stand-up that you don’t have in any of the other comedic platforms. It’s a funny thing where you have to make the audience laugh, but you kinda fuckin’ hate ’em, too. But in sketch, everyone can be real friendly because you’re just going with it … and some comics can pull that off — Ellen DeGeneres was always really funny when she used to tour. There was no angst to her act, but it was still really funny and clever.

LEO: I talk to so many young comics who get frustrated trying to move up the ranks. What’s your best advice to them?
DC: I worry about too many other comics. You see another comic you think you’re better than, and he has 200,000 Twitter followers, and you have 5,000 or whatever. Or they have half-a-million views on YouTube; there’s always something you can look at and drive yourself insane. So I think the best advice on any level is to focus on getting better. Try and think about why you’re doing this, and don’t think about what someone else is doing.