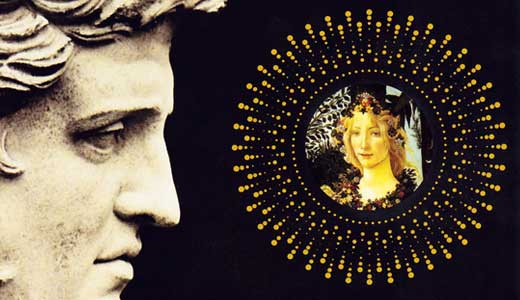 Every once in a while, a book comes around to challenge the underlying assumptions of an age. If you’re not particularly hip on classical literature, one of those crucial texts is “De Rerum Natura” — translated as “On the Nature of Things” — written in the 1st century B.C.E. by Titus Lucretius Carus at the height of the Roman Empire.

We don’t know much about Lucretius, or even how his book was received by the Romans, but Stephen Greenblatt, distinguished professor at Harvard, suggests it was, in fact, popular. Fact is, it’s not the Romans on whom this book had its profound effect, but the Europeans on the other end of the Middle Ages. Lucretius’ book — a long poem in Latin — was no small matter to the all-powerful Catholic Church, seeing as Lucretius’ central tenets denied the existence of gods, an afterlife and the soul. Religion he roundly ridiculed for being hypocritical and dangerous.

No wonder the book disappeared for hundreds of years. According to Greenblatt and anyone who’s read it, it’s a miracle we have it at all. The tale of how an Italian secretary to the Pope named Poggio found what was probably the last remaining copy of “De Rerum Natura” in a backwater German monastery is the plotline of “The Swerve,” winner of the 2011 National Book Award for Nonfiction.

If this sounds a bit dry, think again. “The Swerve” is a compelling and fascinating story that simultaneously claims that the rediscovery of Lucretius’ masterpiece led directly to the birth of the Renaissance. The list of the proponents of “Natura” is impressive: Donatello, Thomas More, Montaigne, Shakespeare, Galileo, even Thomas Jefferson, who owned five copies. Though it took centuries, the controversial ideas set forth by the Epicurean poet Lucretius permanently transformed Western culture.

The historical facts that drive the book are phenomenal. The sordid intrigues and violent ambitions in the Vatican, in all its lurid details, is scrupulously detailed, as well as the grime of a Europe still emerging from the Dark Ages. Burnings at the stake are routine, especially for those found by the Church to be espousing the “pagan” ideas of Lucretius — the core of which is the fact that the universe is composed of “atoms,” an idea that found particular interest with the burgeoning arts of science at the time.

In some ways, “The Swerve” is every bit as challenging as “De Rerum Natura.” At least one reviewer has noted how Greenblatt does not spare the rod with the medieval Christian church’s hypocrisy and ignorance, and the tone suggests a particular ax to grind. Greenblatt ruthlessly sets out to reacquaint the world with what were once “pagan” ideas. The humanists among us will be set afire with this book, but fundamentalists may prefer a book burning.

But the book’s real gift is to reintroduce us to Lucretius. The analogies Greenblatt draws between America and a declining Rome are clear: closed schools, abandoned libraries and illiteracy coupled with absolute corruption. If Greenblatt can convince but one more reader that Lucretius matters more than ever, then Poggio’s discovery will have been vindicated again, and we just may save the Empire.