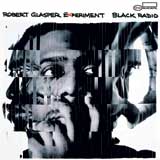 Glasper has been living a double life. Simultaneously he’s one of jazz’s great young pianists, echoing Blue Note-era Herbie Hancock in inventing new wheels for familiar carts, while also furthering Herbie’s Headhunters and George Duke’s fusion of jazz and R&B. Glasper’s last album tipped its hat to this schizophrenia, with the first half embracing a totally different sound from the second. Black Radio fully embraces the soulful side, and if it doesn’t quite live up to the “Experiment” his band name evokes, it’s still a solid listen. Guests are plenty — Erykah Badu, Bilal, Mos Def and Lupe Fiasco. If the songs are fairly inconsequential, at least it’s a smooth ride. Two barnburners, from the album’s biggest voices, Ledisi and Mint Condition’s Stokley, are the highest points, as well as the second cover in a year of Nirvana’s “Smells Like Teen Spirit”.