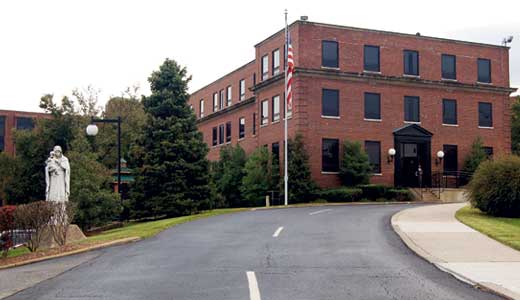 Six months after Our Lady of Peace fired a union organizer for allegedly harassing fellow co-workers, a judge at the National Labor Relations Board has ruled in favor of the employee and issued a stinging rebuke of the hospital.

Not only was the Louisville psychiatric hospital found to have violated federal labor law in dismissing the employee, but also to have engaged in harassing behavior toward employees.

Though neither Our Lady of Peace nor Jewish Hospital have commented on whether they will appeal the case, the ruling is a vindication for Doyle, who sought to organize her co-workers in AFSCME Council 62 due to what she describes as unsafe conditions for both employees and patients at the hospital.

The ruling not only orders OLOP to reinstate Doyle and compensate her for the back pay she lost, but to make a public admission to their employees that they have violated federal labor law, and from here on cease from interfering with their workers’ legally protected union activity.

As LEO first reported in October, Our Lady of Peace suspended and then fired Amy Doyle in late September for “distribution of non-work materials and discussion of non-work related topics, to the level of harassment.” Though management did not specify to Doyle what those materials were at the time, she correctly assumed that the firing was due to her efforts to organize co-workers into a union.

AFSCME immediately filed a complaint on Doyle’s behalf with the National Labor Relations Board, accusing OLOP of violating federal labor law by firing her and engaging in intimidating behavior toward union organizing.

During the case hearing in January, testimony from employees revealed that OLOP President and CEO Jennifer Nolan sent out anti-union letters to employees, and that management interviewed employees to uncover information on union activities.

Judge Amchan ultimately ruled that OLOP discriminatorily discharged Doyle in order to discourage the success of her union drive, adding that some of the employees interrogated by management “had good reason to believe that the interviews could have resulted in their termination.”

In addition to Doyle being rehired and receiving back pay, Our Lady of Peace must post a notice to employees that they have violated federal labor laws and must cease and desist from: discharging or discriminating against any employee for supporting a union; coercively interrogating any employee about their own or another employee’s union support or activity; giving employees the impression that union activities are under surveillance; and interfering with, restraining or coercing employees in legal union activities.

In addition, a member of management must read the full posting out loud at a meeting with employees present.

As for Doyle, she is pleased with the outcome of her case and hopes that it not only sends a message to management, but to other workers who struggle to organize in the face intimidation.

“I feel relieved that it is finally over,” Doyle tells LEO. “I hope this helps other people realize their rights to unionize. We can’t let these companies bully us anymore and we need to stand up for what we believe in and for our rights.”

In an AFSCME Council 62 press release touting the ruling, executive director David Warrick says this was clearly “a case of employer retaliation against an employee who was exercising her protected rights under the (National Labor Relations Act).

“There was no question that we should pursue a charge with the NLRB and get Amy the justice she deserves.”

In a statement to LEO after we first reported the ruling on our website last week, Jewish Hospital spokeswoman Barbara Mackovic would only say that they had forwarded the decision to their legal counsel for review.

Doyle plans to meet with Our Lady of Peace management later this week, at which time she’ll either work out the details of her reinstatement or find out if OLOP will appeal.