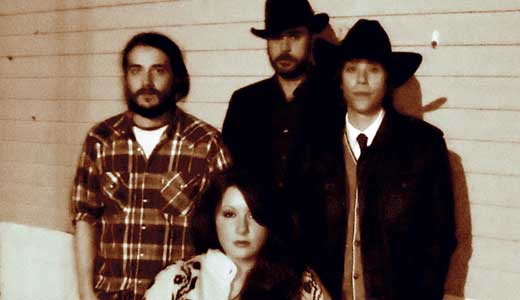 Country favorites The Bottom Sop can be seen Wednesdays at Baxter’s and Thursdays at The Highlands Tap Room; this Saturday night at the Tap Room, they celebrate a record release show and a “Barn Party USA” TV taping. Singer/guitarist Derrick Manley tells LEO about their plans.

LEO: Explain your name for the good folks.

Derrick Manley: Bottom Sop is actually a type of red-eye gravy used in Southern cooking that mixes the drippings from country ham and leftover strong black coffee. It’s served over grits, ham and whatever else you want to mix in. You basically “sop up” everything together with a biscuit to eat it. Supposedly Andrew Jackson requested gravy as red as his cook’s eyes, which were bloodshot from drinking the night before, and the coffee was added to wake everyone up from their hangover. I feel like it’s a good fit for our music; it’s a big mix of Southern influences, and sometimes it’s the best thing to go with a long night of honky-tonkin’.

LEO: Tell me about these new songs.

DM: We began by covering classic duets from the ’40s, ’50s and ’60s as our base, and eventually began working new originals into our set. This CD represents some of our new material. These are brand new songs that reference that classic country sound, but they’re new takes on that sound. You can still hear the traditions found in the music of George Jones, Tammy Wynette and Tennessee Ernie Ford, but I don’t feel like we’re just treading over that ground again. It’s mixing all the old influences of songs about heartbreak and dancing all night — with that instrumentation — but I feel like we’re writing what modern country can be. We’re not playing as a “classic country” act; the songs are what new country music in 2012 should be. A song like “Bright Kentucky Moon,” to me, takes a bit from this and that, but it’s got some rock ’n’ roll to it, too.

Read more of this interview at bluecat.leoweekly.com.