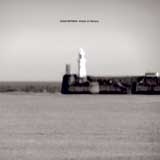 The dream of the ’90s is alive on Attack on Memory. This gloriously refreshing rock was recorded in four days and is satisfying from start to finish. Songs like “Wasted Days” successfully use driving guitars and an emotive vocal style reminiscent of post-hardcore bands such as Drive Like Jehu. “Fall In” and “Stay Useless” have catchy pop melodies typical of bands like Jawbreaker and Superchunk. Another highlight is the powerful “Separation,” a dissonant and bouncy instrumental that will make you want to play along on air-drums. But Cloud Nothings aren’t just putting on a nostalgia act. They have a cohesive sound that’s all their own, full of youth and exuberance. Dylan Baldi isn’t too cool for confessional lyrics, delivering them in a raw, unaffected way, sometimes singing and at other times screaming — off-putting to some listeners, while resonating with others.