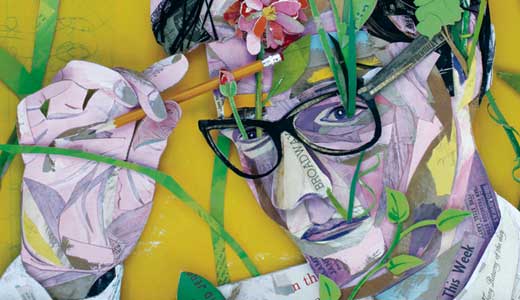 From the very beginning of recorded culture, theater has been the art most adept at illuminating — and lampooning — the fears and obsessions that lurk at the blurred edges of the human imagination. And when we look back at the masterpieces of Western theater, we find time and again plenty of evidence that our contemporary fears and obsessions — as revealed, for instance, in the appalling spectacle of this year’s Republican presidential debates — are the same as those that preoccupied our ancestors as far back as the ancient Greeks. Like us, they fretted about cultural and generational clashes. They were obsessed with creepy things like cannibalism. They loved to investigate moral questions by dramatizing extreme scenarios dealing with birth, death, parental duty, filial obligation, and the relationships between bosses and employers.

Contemporary artists of all stripes plumb these same issues, of course. But it’s the theater where they are most richly embodied — in a quite literal sense. And for 36 years, the Humana Festival of New American Plays at Actors Theatre of Louisville has been theater’s canary in the cultural coal mine — an indicator of whether fresh, stale or dangerous winds are blowing through the landscape.

Based on an advance look at this year’s scripts, a fresh future is on the horizon. The list of playwrights is an eclectic mix of renowned masters and emerging writers. And as a whole, this year’s festival looks to be one of the most provocative in years. From Lisa Kron (an Obie winner who has twice been nominated for a Tony) comes “The Veri*on Play,” a hellish hipster cell phone saga that will ring true for anyone who’s ever experienced service gone very, very wrong. Lucas Hnath’s “Death Tax” looks at end-of-life issues through a matrix of class, culture, bureaucracy and everybody’s favorite villain: the tax code. Death, in its various forms, shows up in more than one play, but “Eat Your Heart Out,” by Courtney Baron, focuses on the other end of the life cycle — the emotional and generational turbulence that surrounds adoption. In “The Hour of Feeling,” Mona Mansour finds a way to personalize the dramatic history of the Middle East — and the historic conflicts that still haunt contemporary politics. The annual apprentice production is often one of the most intriguing features of the festival, and this year’s iteration, “Oh, Gastronomy!,” with its focus on America’s paradoxical relationship with food, should be one of the year’s highlights.

Food certainly plays a big roll in Greg Kotis’ “Michael von Siebenburg Melts Through the Floorboards.” Kotis is best known as co-author of “Urinetown: The Musical,” an eco-political musical satire about pay toilets and a urinal custodian that has become one of the unlikeliest hits in the history of American musical theater, with a slew of awards (including some Tonys) and a production history so prolific that it might soon become the new century’s equivalent of “Oklahoma.”

In “Michael von Siebenburg,” Kotis continues to explore dark comedic territory. His protagonist is a 500-year-old Austrian with a taste for specially tenderized meat; his recipe requires a mace (not the spice) and dates from the dark days of a medieval battle between the West and the East for the city of Constantinople.

For Kotis, those medieval culture clashes, with all their feudal ferocity, are still fresh wounds affecting our time. Travels in the Balkans inspired him to start thinking about the ways in which medieval mindsets continue to shape the modern world. The result is a play that is at once deeply disturbing and laugh-out-loud funny.

It’s a play about nostalgia, Kotis said in an interview. The main character is holding onto centuries’ old traditions because they represent strength, security and patriotic connections to a strange and glorious past — even though that past has horrific elements that are borrowed from an ancient enemy.

At the same time, it’s a play that brilliantly subverts popular culture’s pervasive fascination with vampirism. “Contemporary portrayals of vampires are full of beautiful, romantic images,” said Kotis. “My ambition was to get gritty with the idea, to imagine what it would really be like.”

And as his imagination took him deeply into the subject, he uncovered a strange, imaginative landscape set in modern Manhattan, where von Siebenburg is perpetually dining on first dates, and where the food processor brings new relish to the old recipe.

Where Kotis is highlighting the dark humor at the heart of one popular culture craze, Idris Goodwin, a break-beat poet, writer and rapper whose work has been featured on the HBO series “Def Poetry,” is shedding a bright light on another. His “How We Got On” draws the audience into the very heart of hip-hop, via a coming-of-age story about young people who are trying to forge an identity not in the ghettos that form the violent fictionalized backdrop of ’90s gangsta rap, but in the suburban flyover states, where young artists grapple with their craft in comparative isolation.

The medium is the message in Goodwin’s ambitious play — it’s an intimate epic staged as a multi-media hip-hop performance — and one that ought to entertain both rap aficionados and those who’ve not yet come to grips with one of the defining literary genres of our time.

“I wanted to tell the story I know best,” said Goodwin. “And because I’ve spent most of my career as a solo artist, this was a chance to get deeper into that story, and to write about the people I grew up with, the people who influenced me, and to help people understand the creative hunger that drives hip-hop artists, just as it drives all creative people — the desire for recognition, for love, for connection, and, most of all, the desire to master the craft. I wanted to bring people into the creative process, and especially to unpack in a specific way the craft itself.”

Specific, indeed, but Goodwin’s audiences are likely to find common cause with the young artists at the center of the story, and that’s as universal as theater can ever get.