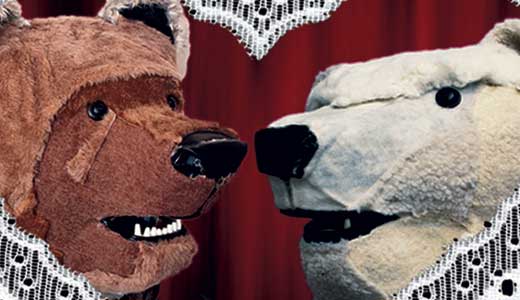 Six-time boxing champ Manny Pacquaio wears his hair long in tribute to him. Members of the Black Eyed Peas base their choreography on this former street fighter’s footwork. His influence resounds in the beats of the Wu Tang Clan and other musical acts who credit him as an inspiration — Carlos Santana and LL Cool J among them. With his scant, 135-pound frame, a tiny body of work (just four films) and a brief, 32 years of life, Bruce Lee managed to carve a deep and lasting impression that still spans continents. The new doc “I Am Bruce Lee” collects several entertainment and sporting world luminaries who are all eager to recount Lee’s affect on them. It also features those who knew him best: loved ones who share their thoughts on the superstar’s life and myth. —J. Christian Walsh

U of L Playhouse Theatre

“The Vagina Monologues” playwright Eve Ensler once gave this important advice: “Good is toeing the line, being behaved, being quiet, being passive, fitting in, being liked, and great is being messy, having a belly, speaking your mind, standing up for what you believe in, fighting for another paradigm, not letting people talk you out of what you know to be true.” U of L’s production of “The Vagina Monologues” is part of V-Day, a global movement to end violence against women that raises funds and awareness through benefit productions like this one. Last year, U of L was one of more than 5,800 sites worldwide to host V-Day events. A portion of the funds raised will also go to support U of L’s PEACC program, which provides advocacy and assistance to students, staff and faculty affected by sexual assault and violence. Enlightening theater for a good cause. —Sara Havens

‘Once in a Blue Moon’

It stuns me that Le Petomane Theatre Ensemble could still be a well-kept secret, given what a gossipy town we live in (you know it’s true), yet I know some of you reading this have yet to experience the signature madness that is a Le Petomane show. You owe it to yourself to break the seal and see the twisted fairy tale “Once in a Blue Moon,” the latest original play with music written, directed, choreographed and performed by four members of the outrageously intelligent and fiercely funny theatrical ensemble. A trickster coyote archetype faces off against a girl with a song in her heart in this homage to creation myths, gods, thieves and our enduring need to make beautiful art from the peculiar experience of being human and alive. —Erin Keane

Fear not — good tables are still available for Valentine’s Day dinner at White Castle. But for those looking to celebrate the big day a little early, love is already in the air in the Highlands. Local Art in the Highlands presents “Unconditional Love,” a show that features local artists’ interpretation of this theme. The show is the brainchild of Lucent Dreams Photography partners Sandie Griffin and Kim Torres, who say, “We are helping to bring art, faith and the community together.” Benefactors of this event include the Animal Care Society and St. Andrew’s Youth Group. The group show, part of an ongoing quarterly art exhibit, includes the opportunity to snuggle with adoptable animals, have an aperitif and enjoy appetizers. There will also be live music by Jonny Sands and Son of the Widow. —Allison Ray

Sure, all the kids may be at the Palace with Trey Songz and Big Sean, but those who know better and, admittedly, are old enough to be Trey’s parents, will be at the Bucket reliving our youths. So only El DeBarge has released a record in the Obama years … you’re not going to the show to hear new stuff. This show is about those of us who skated to Bobby, Ricky, Ronnie, Mike and Ralph, and stayed out past curfew with Jodeci cassettes on auto-rewind. Anyone could guess the setlist. That many of the guys have had well-publicized excursions beyond music is beside the point. One does hope the brothers Hailey are in better shape than their last Louisville trip, a show best forgotten (as were the lyrics they attempted to sing that night). —Damien McPherson

MeX Theater at the Kentucky Center

Otherwise known as “Gas Light,” this beloved Patrick Hamilton Victorian thriller, performed by the As Yet Unnamed Theatre Co., is a tale of a rather unhappy little couple in gloomy London. Jack Manningham, who seems like a nice guy at first, is gaslighting his wife — meaning he is abusing her psychologically by playing tricks on her, convincing her that she is going insane. At first, it might look like a few harmless pranks, like turning down all the gas lamps in the house (hence the term) and insisting it’s just as bright as it always was. But what’s his deal? Jack Manningham has a secret, and who knows what he’s capable of. Does it seem a little dark in here? —Jane Mattingly

As our Valentine’s cover story reveals, it can sometimes be a challenge to find new, fun ways to celebrate this dastardly day of high expectations and low results. So, how ’bout this year we skip the Dove chocolates and gas station roses and, instead, celebrate an early evening of kid and adult-friendly puppets, live country rock, a silent art auction, free snacks and a cash bar, inside a weird old school building near a White Castle? After all, Squallis’ mission statement includes the notion that “we help kids and adults imagine what is possible, create new worlds, and uncover the stories we all have to tell.” And if that fails, tell her you want to show her the puppet you made for her … in your pants. —Peter Berkowitz

When hype starts, who’s behind it exactly? Who starts all the rumors (like Paul from “The Wonder Years” is Marilyn Manson?) and hype (Clap Your Hands Say Yeah is the next great band)? Whoever it is, chances are that person is already getting the word out about Houndmouth, a harmony-driven quartet from the greater New Albany area who have emerged, seemingly out of nowhere, to be praised on blogs here and elsewhere — though they only have three songs available to the public, via their Soundcloud profile. The three fellows and one lady have earned comparisons to the Band and the Felice Brothers and, while their sound is quite lovely and promising, they should be careful to not let the Internet get too far ahead of them. Get in on the ground floor this Saturday, and then again on Monday at Headliners. —Peter Berkowitz

Nellie McKay is a diversely talented woman. With five studio albums, the musician, actress and comedian returns to Louisville with her new musical, “I Want to Live!” It’s her take on the semi-biographical 1958 film noir about the life of Barbara Graham — drug addict, prostitute and murderess. McKay makes no hasty work of such heavy subject matter: She’s a skilled and subtle satirist as well, using her offbeat toolbox of performance talents to illustrate society’s nonchalant attitude as perceived each day by inadvertent pariahs. Oh, and she also uses covers from all over the Great Musical Timeline to strengthen this dark and campy musical, with songs borrowed from artists such as Jimi Hendrix, Irving Berlin and the Beatles. —Simon Isham

Imagine an idyllic, candlelit stroll through a woodland park, in the company of your Valentine, under a boundless sea of glowing stars. That’s exactly what the Jefferson Memorial Forest offers this Valentine’s Day. Hot beverages, rich desserts and a cozy hearth await you and your date post-hike at the Horine Conference Center, from which the twinkling city lights of downtown Louisville can be seen. And don’t fret if high-powered mountain climbing isn’t your bag — the hike will be on flat terrain. Be sure to reserve your spot by Feb. 9, and bring some sturdy shoes and a flashlight. —Simon Isham

Robert Knipschild (1927-2004) blossomed early. At 23 years old, he was one of the artists featured in the 1950 exhibition “American Painting Today” at New York City’s Metropolitan Museum of Art. Thus began a long and influential career in painting. “Knipschild used to show at (Edith Gregor Halpert’s) gallery, and there is a great picture (of them) … from a LIFE magazine article on Halpert and Knipschild …,” says Daniel Pfalzgraf of B. Deemer Gallery. “They had printed an image of one of his paintings in the magazine, too, and I recently found a letter from Halpert to Knipschild apologizing for them printing the painting upside down.” The exhibition features his work from 1950-2000 as well as photographs and letters, including notes from local artists who were his students at the University of Cincinnati. —Jo Anne Triplett

Do you consider yourself political and up on current world events? Then wear your jewelry proudly. Amy Lemaire is, so much so that she titled her latest body of glass pieces “Perforated Histories.” Inspired by world events, her wearable sculptures are being featured in the museum store at the Kentucky Museum of Art and Craft. “Throughout history, necklaces, headdresses, bracelets and other jewelry pieces have been worn to communicate status and rank, and to make a visual statement to others regarding political and social affiliations,” Lemaire says. “Displayed on the body, touching the flesh, a piece of jewelry is also intensely personal, reflecting the wearer’s individual style. It is through this duality of public/personal that a connection is made to political art.” —Jo Anne Triplett